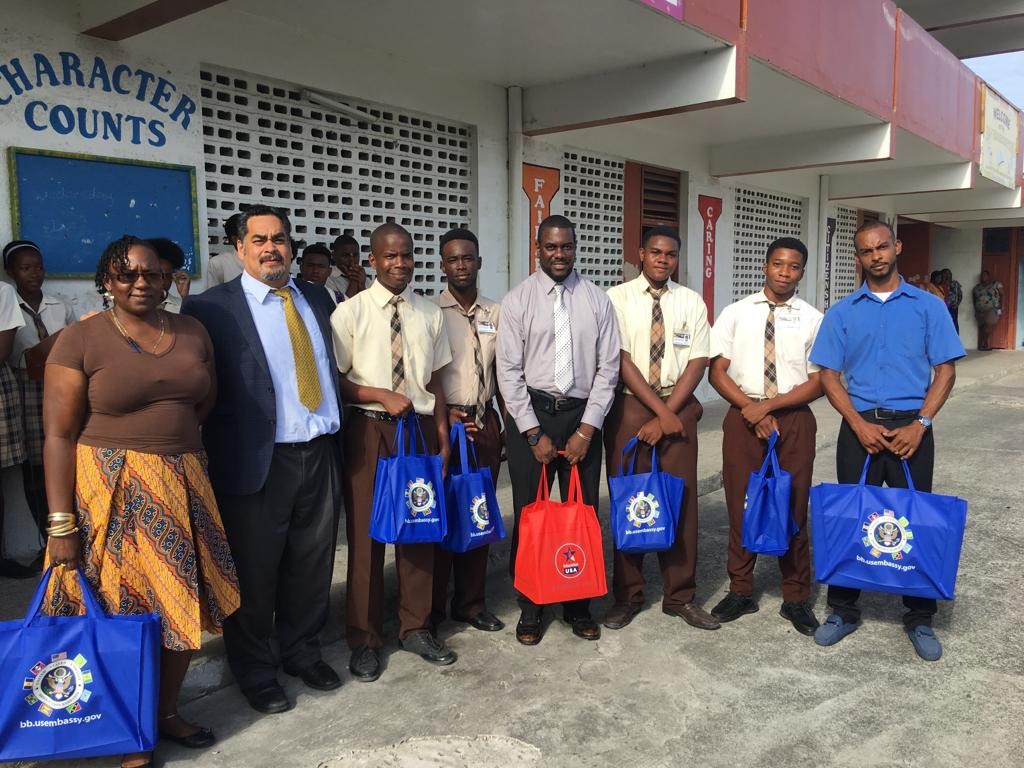 U.S. Embassy Bridgetown is pleased to announce that the winner of its STEM (Science, Technology, Engineering and Math) Video Competition is the Isaiah Thomas Secondary School in St. Joseph, Dominica. In 2017, the U.S. Embassy launched the STEM video competition as part of its ongoing efforts to highlight the importance of STEM education and increase students’ interests in those subjects.

The winning video was produced by, Jedidiah Ferrol, Nekester Smith, Kishon Ettiene and Herman Jacques, who were all third form students at the time. At the prize presentation at the school on May 14, Public Affairs Officer of the U.S. Embassy James Rodriguez commented that the two-year delay for the prize presentation was due to the passage of Hurricane Maria and that he was happy the winning students were finally able to receive their prizes. He also commended, School Principal, Leetyler Dailey, for allowing the school to participate in the competition and teachers Ms. Larnise Defoe and Mr. Brian Williams for mentoring the winning students.

The school received a prize package of STEM-themed books and computer equipment and each student received a tablet computer. The overall prize packages were valued at approximately USD$5000.