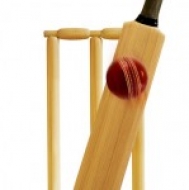 Dominica is home to The Third Digicel Test Match, West Indies versus Australia which starts today April 23rd at The Windsor Park Sports Stadium. First ball was at 10am.

The West Indies and Australian Cricket Teams arrived in Dominica last week Friday ahead of the weeklong event.

Australian Coach, Mickey Arthur in an interview last week said, the match in Dominica is a very important one and he is looking forward for his team to end the series on a high note.

Meantime Captain of the West Indies Cricket Team, Darren Sammy is looking forward to leveling the series in Dominica.

“We have been playing some good cricket. Last year, we played India here in Dominica and we played a very tough match, ending up getting a draw. We are coming here to level the series in Dominica and I know once again the Dominican people know how to support West Indies or any cricket so I know they will come out in large numbers to support their team.”

Shane Shillingford says he is looking forward to playing his first test match in his in native homeland, Dominica.

The last time the Mighty Aussies came to Dominica was after Hurricane David in 1979 for the Kerry Packer World series when they played the West Indies before some ten thousand people at the old Windsor Park Cricket grounds.