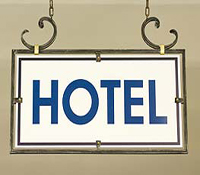 Designs have been completed for the construction of a hotel on the lands occupied by the public works garage.

“In keeping with the commitment made in the budget address last year to commission the design of a hotel on the site occupied by the Public Works Corporation, I am pleased to report that with the assistance of a Chinese Firm, the design has been completed.  Government is now in possession of the designs for a four to five star hotel at this location and also financing for the construction of this hotel has been made which Government is considering.”

We have 192 guests and no members online