PMH Gets Over $2m in Medical Equipment

Relations between the Governments of the People’s Republic of China (PRC) and Dominica continue to bring about tangible benefits for the people of Dominica.

On Friday, April 13, 2012 the PRC donated over two million dollars worth of medical equipment to the Princess Margaret Hospital.

Health Minister Hon. Julius Timothy says this new medical equipment has added value to the services offered at the medical facility, it places the PMH at the cutting edge.

“We in Dominica, have to take this relationship very seriously because the extent to which the Chinese Government is committed to us and is assisting us is not anything we should [view] lightly. Presently we are receiving over two million dollars worth of equipment and we are not talking about simple miscellaneous equipment. We are talking about very important pieces of equipment. You [might] have heard in the past that the hospital didn’t have a nebulizer, or we didn’t have this… these are things of the past… all thanks to the People’s Republic of China.” 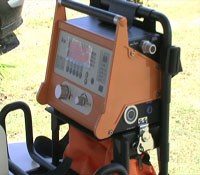 This donation comes on the eve of a major construction soon to commence at the PMH.  The health minister said, “We’re talking millions and millions of dollars in terms of the reconstruction of the PMH and that again will be grant-funded total courtesy of the People’s Republic of China.”

Timothy says, “Presently we now drive on the road from Roseau to Portsmouth and it’s really a blessing.  I think all the critics of the project have now laid their criticisms to rest.”  He emphasized that the Dominican public should not take lightly the extent to which the Chinese Government has donated to Dominica. “We have to be forever grateful to them.”