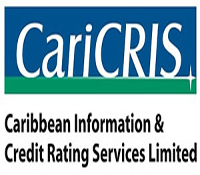 Just days after Honourable Prime Minister Roosevelt Skerrit assured Dominica of his Government’s fiscal prudence; CariCRIS has assigned “adequate creditworthiness” ratings for the Government of the Commonwealth of Dominica.

The Caribbean Information and Credit Rating Service Limited (CariCRIS) is a Caribbean regional credit rating agency.   It is a unique market-driven initiative aimed at fostering and supporting the development of regional debt markets in the Caribbean.

According to a press release from the agency dated May 27th, CariCRIS reaffirmed the ratings of Foreign Currency and Local Currency on its regional rating scale to the national debt issue of the size of USD $25 million of the Government of the Commonwealth of Dominica.

These ratings indicate that the level of creditworthiness of this obligation, adjudged in relation to other obligations in the Caribbean is adequate.

CariCRIS further indicated that the ratings of the Government of the Commonwealth of Dominica continue to reflect Dominica’s relatively moderate indebtedness and comfortable debt servicing ratios.

However, the release further stated that these rating strengths are tempered by the small, open economy with a narrow economic base, which renders it highly vulnerable to external shocks, and severe capacity constraints particularly in its human resources.

CariCRIS was established in Port of Spain, Trinidad and Tobago in 2004.

Having launched its services in October of that year, CariCRIS released its first credit rating in April 2005.