One day before the official start of the 2013 Hurricane season, various committees on the National Emergency Planning Organisation (NEPO) met on Friday to lay hurricane preparedness plans on the table for what is expected to be an above average hurricane season.

The meeting which was held at the Office of Disaster Management (ODM) in Jimmit, was attended by Prime Minister Hon. Roosevelt Skerrit, members of his Cabinet, Permanent Secretaries, top officials of the Dominica Police Force and the Fire and Ambulance services as well as the Dominica Red Cross. 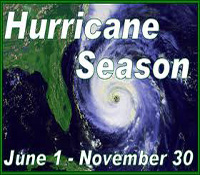 National Security Minister and Chairman of NEP0 Hon. Charles Savarin expounded on the rationale for Friday’s meeting emphasizing that it was not a meeting to plan.

“This is not the meeting where we are going to plan for the Hurricane Season. This is a meeting where we are going to receive reports on preparations that has been made in anticipation of the hurricane season, so that the various sub-committees which exist on a permanent basis would be able to inform us and each other of the activities that they have undertaken, the shortcomings that they have confronted and the further actions that would be necessary to ensure that we are as prepared as we could possibly be for the season which is approaching” he explained.

Prime Minister Hon. Roosevelt Skerrit in addressing the meeting said while he acknowledges the work done by the various committees in preparing for the hurricane season, he would like to see a more concerted effort made by these committees to have more regular meetings.

The Prime Minister noted that the issue of mitigating disasters is a serious one and that those charged with the responsibility should approach this task in an extra ordinary manner with the greatest level of diligence.

“ I am still not satisfied with our preparedness efforts and it is reflective in the various committees that are charged with the responsibilities as enshrined in the disaster plan and these committees fail to meet and those who meet do so one or two days before this meeting” the Prime Minister lamented.

“I am seeing reports dated 28th, 29th and 30th 2013. We all know that the hurricane season begins on June 1st and I would really like to urge those who are members of those committees to convene meetings continuously,” he continued.

He added that “It doesn’t have to be just before the first of June, because the disaster committees are not only charged with preparing for the hurricane season, you are charged for any event including flooding, fire, major slides which has been occurring throughout the year”.

Throughout the year the Office of Disaster Management has been engaged in a number of sensitization programs to alert communities across the island of the various hazards confronting them.

The Prime Minister commended the office of Disaster Preparedness and other first responders for work done in responding to disasters.

He informed the NEPO meeting of his Government’s plans to source over US $50 million in loans and grants to respond to weather damage done to the East Coast of the island.

He said his Government is looking to source the funds from partners such as the European Union and the World Bank which will be used to build new road ways, bridges and retaining walls.

“We are going to be contracting a loan from the World Bank, we have not confirmed it yet but we are looking at it of a very huge sum to address the issues on the East coast. We have gotten a grant from the European Union to put with that and we are also looking at a third source to ensure that we address the situation of the entire east coast” the Prime Minister said.

The 2013 Atlantic weather outlook is predicting an above average hurricane season this year with 13 to 20 named storms, 7 to 11 hurricanes and 3 to 6 major hurricanes.