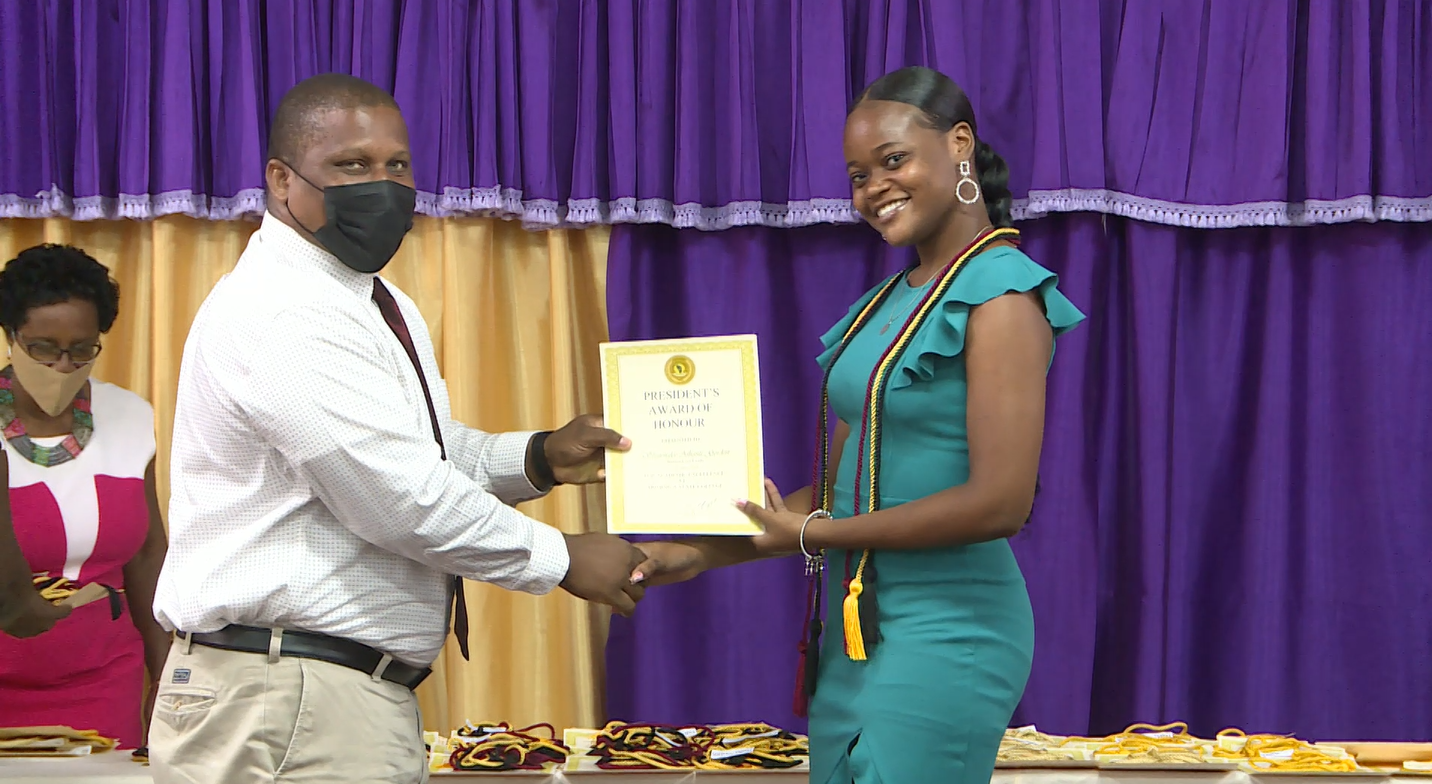 Over one hundred students of the Dominica State College have surpassed the criteria for graduation with three different class honors. A ceremony was hosted on Tuesday, July 12 to present these students with their honor cords, programme awards and honor certificates.

The motivational speech for this year was delivered by Ms. Valda Joseph.

“Make prayer a habit and seek to grow your faith in God. You are going to venture out into an unkind world that seeks to weed out the weak through a game of survival of the fittest using ay test available. You will have seen and unseen hurdles, fiery trials and tests which will cause burn outs and your only strength to press on will come from God, so leave your prayer line always active and open,” Ms. Joseph encouraged the students.

Ms. Joseph calls on graduands to make time for self-reflection and prepare themselves as the journey ahead will bring more challenges.

“No longer will you have mom, dad, aunt or grandma as your personal assistant. Some of you will be going to university while others will be searching for employment or starting off their own businesses. That is when time management becomes critical. You have heard the saying ‘time wasted cannot be regained’. With the creeping tides of a social media world, the youth tend to become more absorbed in what is trending that focusing on being effective at what they are called to do. Be on guard; check your schedule and filter out any unnecessary clutter you may have that is demanding, taxing and draining to your productivity,” she added.

This ceremony comes prior to the twentieth certificate commencement ceremony to take place on Thursday, July 14 at 3 pm.  Approximately four hundred students will be conferred in various fields of studies this year.

The management and staff of the Government Information Service wishes to congratulate all the students on their accomplishments.

We have 2659 guests and no members online