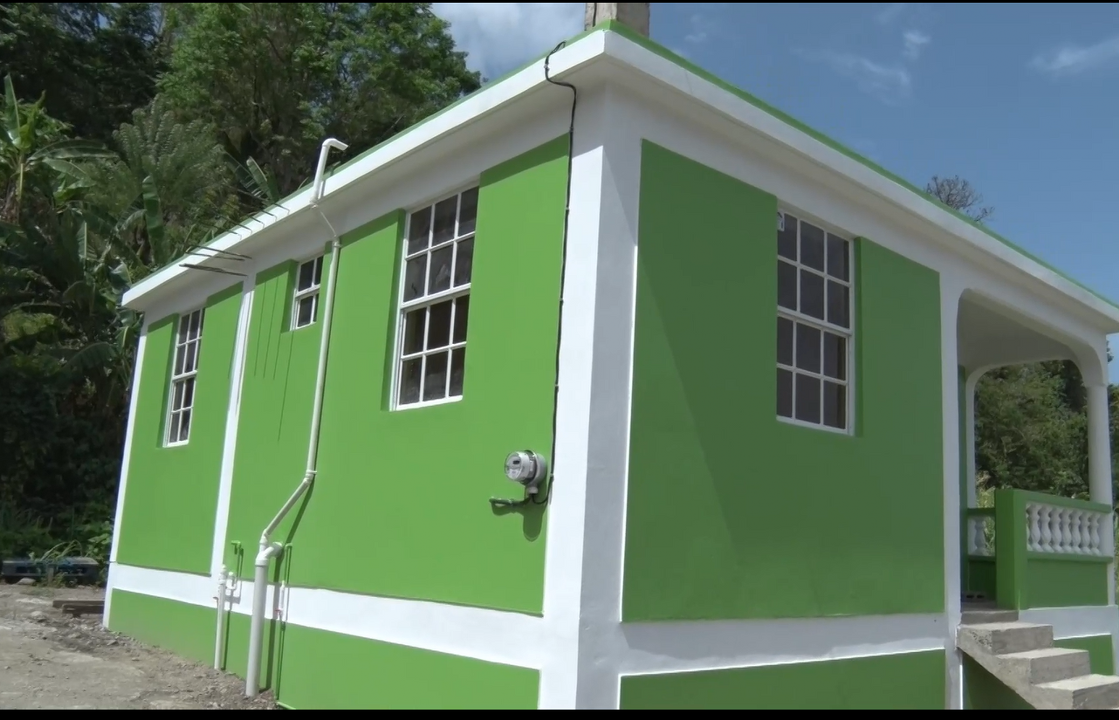 Citizens around Dominica have already moved into new homes as the Housing Recovery Project continues.

The Housing Recovery Project is a direct response from the government of Dominica to the devastation caused by Hurricane Maria in 2017.

The project, which is being implemented by the government and funded by the World Bank, targets citizens whose homes were completely destroyed by Maria.

Project manager at the project implementation unit of the Housing Recovery Project, Mr. Nicholas Bruno says despite challenges faced, the project is on an upward path.

“I think we are on an upward trajectory now. We have almost two hundred contracts signed now with different activities ongoing.  We have about sixty seven houses partially complete, which is suit for residents. A number of people have already received keys and are now residing in some of the houses. We have identified all of the beneficiaries, and have enrolled just over three hundred sixty of them who are at various stages in the process,” Mr. Bruno explained.

Mr. Bruno says he believes that residents will be safer in the new homes as they are built to withstand a category 5 hurricane.

“The design has been built to withstand a category five hurricane as well as major seismic activities. The contractors are following the model design and the expectation we have is yes, the houses will provide the reisleince tha it was desgned to do. And ne the things that is quite ice, is that the contratcors, the contracted workers are in fact following this programme and natural they are going to transfer it to their other projects, so we believe we are doing a good job. We have our technical team who will deal with the contractors and guide them in the way they should be doing, the processes and even in terms of health and safety and environmental safety. So yes, we have seen the increase in resilient building,” Mr. Bruno stated.

Environmental Specialist at the Project Implementation Unit, Ms. Lolita Raffoul says they have used this opportunity to build capacity among local contractors.

“During construction a lot of the workers and the contractors are just so focused on implementing and getting the job one, there tends to be minor awareness to their own health and safety while constructing. And in the end this project is really aimed at helping to build the small contractors as well as their workers, so if they are not safe within the environment they work then they are jeopardizing their income. So trying to relate that to them and doing some capacity building with respect to that to support whatever is being done during construction. But overall it’s a greta opportunity for small contractors to implement this plan so that it can take them to better levels for them to continue post this Housing Recovery Project,” Ms. Raffoul noted.

Social Safeguards Specialist, Kimberly Alleyne says a set criteria had to be met before a beneficiary could be chosen.

“The homes firstly would have had to be completely destroyed, and as you can imagine there were a lot of damaged homes. The other is that it would have had to be there permanent residence leading up to and at the time of Hurricane Maria. So not people who were in and out of the island or had a second home. Another thing is that they would have had to satisfy the low hazard criteria for the project. And one of the main things, the sticking point where a lot of people who satisfied a lot of the other areas but didn’t get through on this one, was that they needed to show that they have legal land ownership,” Ms. Alleyne listed.

One recipient, Lisa Francis of Stock Farm says without the Housing Recovery Project, her family would not have been able to rebuild so quickly.

“My family and I, we are very appreciative of the assistance from the HRP unit. It is something that most likely without their assistance we would not have been able to do at this point in time. It was rather traumatizing because the stricture was a wooden one before. We always had plan to renovate and reconstruct and so on; but Maria just forced us to realize the importance of having to that now and with the financial restraints it was something that without the help of the unit we most likely would not have been able to do in 2022, but most likely in the future,” Ms. Francis explained

We have 2643 guests and no members online