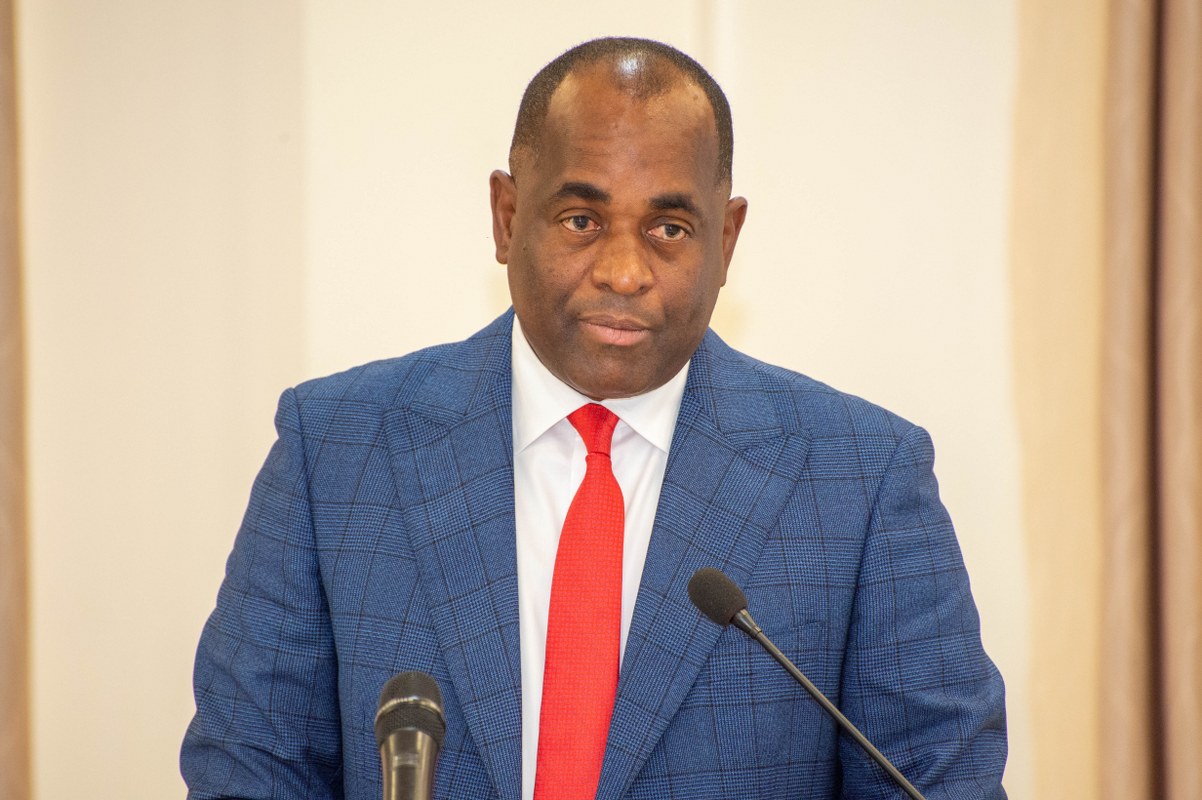 Despite the havoc wreaked on Dominica’s economy by the ongoing Covid-19 pandemic, the Government of Dominica has remained committed to the development of all sectors of Dominica.

During his address on the occasion of Dominica’s 43rd Anniversary of Independence, Prime Minister of Dominica, Hon. Roosevelt Skerrit stated that Government has ‘not lost sight of our country’s resilience agenda even in the face of severe national and global constraints and challenges.’

The Prime Minister then gave an update on all major projects currently being undertaken by the Government including the rehabilitation of the East Coast road.

“We have begun the rehabilitation of the East Coast Road. This 126 million dollar project will ensure that residents in that zone will be safer and more secure when traversing that road daily, and limit impacts from extreme weather events in the future. Equally important, it will enhance the economic opportunities of the many communities,” PM Skerrit stated.

The Prime Minister noted that two projects ongoing in the Layou area are scheduled to be fully completed in 2022.

“The continuing work on the Hillsborough Bridge at Layou, is scheduled to be completed by January 2022. The Layou East Road, between the Hillsborough Bridge to the Yorke Valley Bridge, is progressing satisfactorily, and is expected to be completed by December 2022. This EC 11.5 million dollar investment is expected to create new opportunities for investments in agriculture and tourism. The section of road between the Yorke Valley Bridge and the Warner/Sultan Junction will follow and be completed in the next phase,” the Prime Minister explained.

Meanwhile, construction work on the Loubiere to Bagatelle Road is expected to commence during the second quarter of the new year, with the relevant studies currently being carried out.

“The geotechnical surveys for the Loubiere to Bagatelle Road project, have been completed, and the detailed designs are being finalized. Construction works are on course to begin in the second quarter of the new year. This project will significantly improve the resilience and safety of the roadway and include the construction of the Mitcham Bridge and several other new bridges,” PM Skerrit added.

The housing sector will also see major developments in the near future. PM Skerrit noted that his Government promised that the national housing stock will be amongst the highest quality and most hurricane resilient in the Caribbean, a promise that they have kept.

Some of the major housing developments include the Housing Recovery Programme and the European Union funded housing project to take place in the Kalinago Territory.

“Under the Housing Recovery Project, new homes are being constructed island wide and the European Union funded housing project in the Kalinago Territory will also begin shortly. 7 This Government’s efforts to encourage home ownership have continued with the extension of the initiative of providing grants to first time homeowners, which has seen several people benefitting thus far,” PM Skerrit stated.

The plans for Warner Housing Project is also expected to be rolled out in the upcoming months. These housing programmes are expected to reduce Dominica’s level of vulnerability in the face of disaster.

“In the next few months, we shall unveil a master plan for the creation of the Future Housing Development at Warner. This development will benefit public officers, young professionals and persons in the diaspora. Home construction takes time, but these programmes will reach everyone, particularly the vulnerable. As part of our resiliency efforts, we are constructing regional emergency shelters designed to provide greater safety and security, lessen the anxiety of displacement, and reduce the pressure on schools to serve as shelters. This initiative will allow the country to return to normalcy much more quickly after a disaster,“ PM Skerrit added.

Resiliency and safety will also continue to be a priority in Dominica’s infrastructural projects. Emergency shelters are being built around the island to create safe places for citizens residing in Dominica’s most vulnerable communities.

“The regional emergency shelter being constructed at Jimmit will be completed in December and the other in Castle Bruce in the first quarter of next year. We have also recently approved the preliminary designs for a multipurpose cultural center in the Kalinago Territory, which will also serve as a hurricane shelter. We expect construction to begin in the new year,” PM Skerrit further stated.

We have 217 guests and no members online