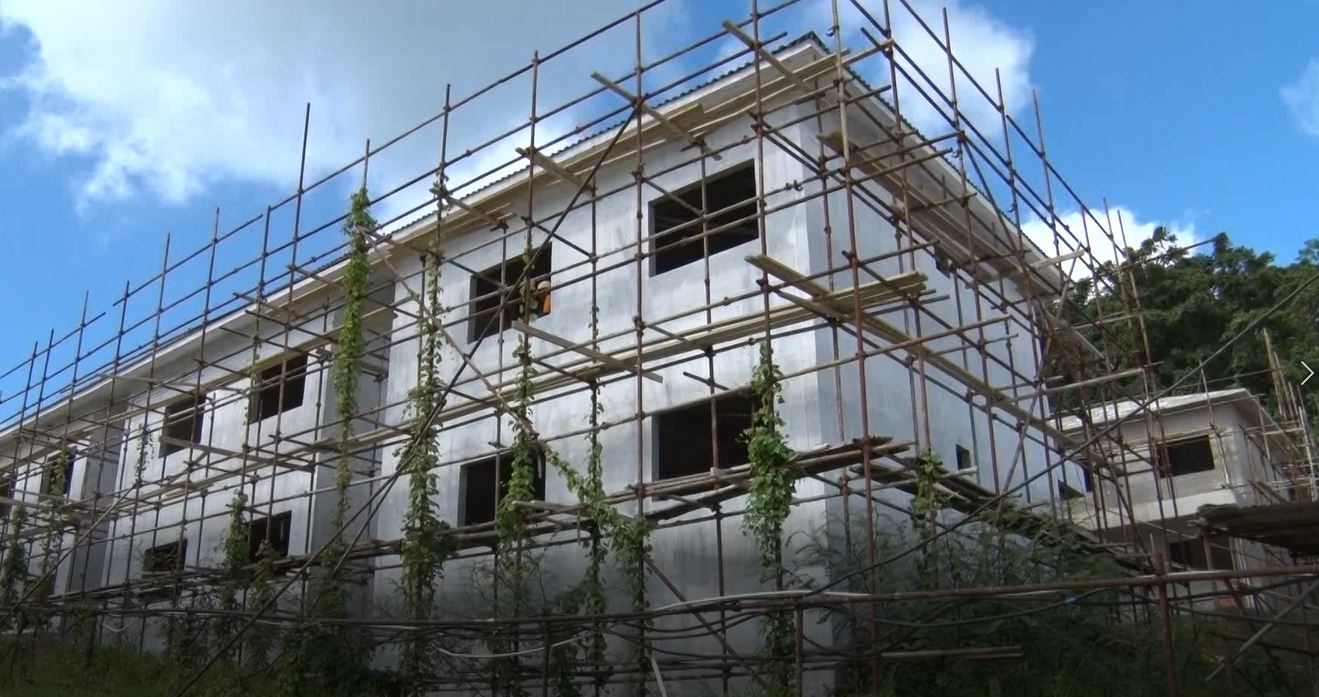 The homes are being constructed by the Montreal Management Consultant Establishment Limited across from the Pierre Charles Secondary School.

The Member of Parliament stated that these homes will be gifted to needy families who were affected by Hurricane Maria.

“The Government is continuing its housing revolution and Grand Bay has become a beneficiary of thirty apartments. These apartments are going to be made available to needy families. Maria caused damage to many houses in the community. There were a number of persons who were renting, those houses were destroyed and they have found it difficult to find proper housing,” Registe said.

He noted that the aim is to get the homes completed and commissioned before the start of 2020 hurricane season.

“There are others whose homes where not insured and they have been unable to repair those houses on their own; and there are just some people who are indigent and are unable to afford proper safe housing. So we expect that thirty families from Grand Bay will benefit from this new project.  We hope that it will be completed within the next two months and that we can  before the next hurricane season begins, have these people in brand new housing facilities that they can feel safe, secure and raise their dignity as that is very important to us,” he explained.

The MP added that while many applications have come in, the focus will be on single parent families and those in need.

Minister Registe further reassured residents that there will be other housing ventures in the constituency to accommodate the rehousing of more families.

“A number of applications have come in but only thirty people can benefit. Who will benefit, that’s a difficult choice but I am really focusing on single parent families and others who need to benefit from those houses. So we look forward to the completion and we want to thank the Government that the project has come to this stage.   And there will be other housing projects around Grand Bay, and those who don’t benefit from this one will benefit from other ventures,” Minister Registe added.