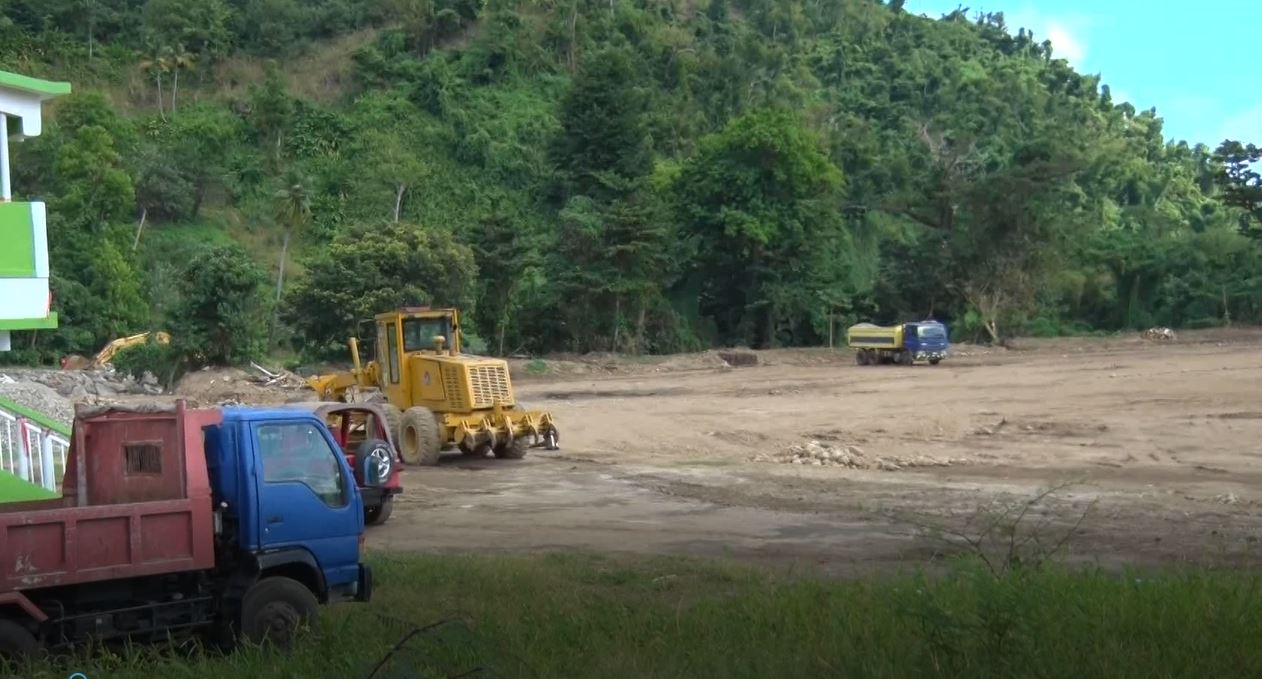 Repair work is currently ongoing on the Geneva Playing Field in Grand Bay.

The Geneva Playing Field plays a critical role in youth and community development in the Grand Bay community, but has been out of commission after being affected by recent natural disasters.

During an interview, the newly elected Parliamentary Representative for the Grand Bay Constituency revealed that they have not used the field in approximately four years due to damage caused by Tropical Storm Erika in 2015 and Hurricane Maria in 2017.

“The Geneva Playing Field is an interesting project. It’s really one of the premier sporting grounds in the country. However after Erika and Maria, the field was inundated by the Geneva River with a lot of debris and the area became very waterlogged. We have not had the availability of the facility for the last three to four years because a lot of work had to be done there to remove the rubble first of all and then to prepare the field for proper sporting activities,” the MP stated.

He noted that a grant of fifty thousand US dollars was made to the Dominica Football Association (DFA) from FIFA to facilitate the construction of a drainage system and other repairs on the field.

The new MP is pleased with the work that has been done so far by the contractor and his workers, adding that he will continue to seek assistance from the Government to complete what he described as a very important project

“The amount is certainly not enough and so we would need further intervention by the government to ensure that we can bring the project to completion. However we have a contractor and there are engineers and I am very happy with the work that they have done so far in an effort to give our sportsmen and women a proper facility that can accommodate a wide variety of sports,” the Minister noted.