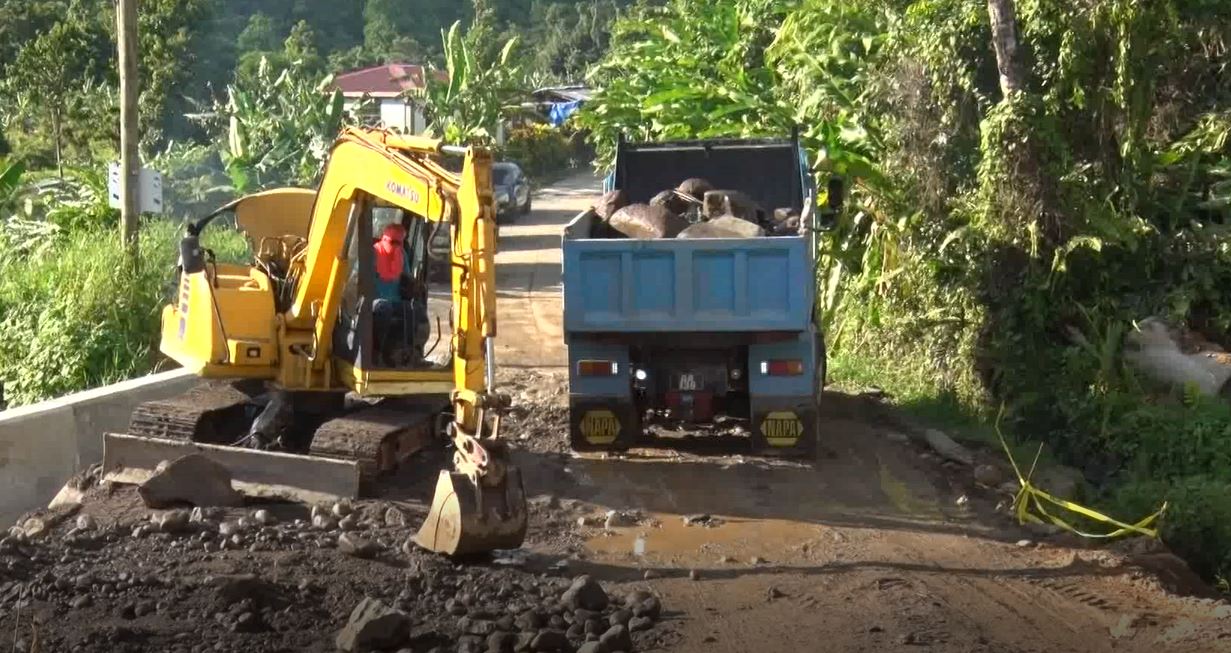 Vehicular access to the Glo Gormier road in belles has been restored.

A major part of the road was compromised when the road recently collapsed due to ongoing construction work.

The seven hundred thousand dollar project is currently ongoing in the area as the Government continues its initiative to build resilient infrastructure.

The road had to be repaired as a result of severe road edge failure, and posed a threat to the community.

The work will include the construction of three retaining walls, one of which is already completed.

Newly elected Parliamentary Representative for the St. Joseph, Dr. Adis King told GIS news that due to the quick response from the Ministry of Public Works, the road is now accessible.

“As you know this is one of my flagship projects from during my campaign which I spoke about, and that is helping the Glo Glomier road in Belles. Work was started but we had a complication during the whole process. However, I must say thank you to the Minister of Public Works and the staff at the Public Works department, because they went in quickly and intervened when part of the road collapsed, and they put in place the bypass. So as we speak, the people of Belles and Glo Glomier actually can pass on a motorable road. But the project is much bigger than that,” Dr. King stated.

Dr. King added that actions had to be taken quickly to allow residents to access their farms.

“As you know there are a lot of people who live in that area, and there a lot of farms which belong to people who are from Belles as well as to include people who live in the Mahaut and Campbell area who have farms in there as well. So it was very important that they were able to pass along the road to go to their farms and go to their homes otherwise that would have created a problem. So it is very good that we have a staff and government that responds quickly to such emergencies,” she noted.

She also thanked the residents for their understanding during the construction process.

“I also want to take the opportunity to say thank you to the people of Belles. They have been very understanding, very patient through the entire process because the road started having edge failure a few weeks ago and it got to the point where it collapsed. So it was very good that we could go in and construct the bypass, because that benefitted not just the people living there but the people who have their farms there because that is the way they do their living,” Dr. King further added.

We have 335 guests and one member online