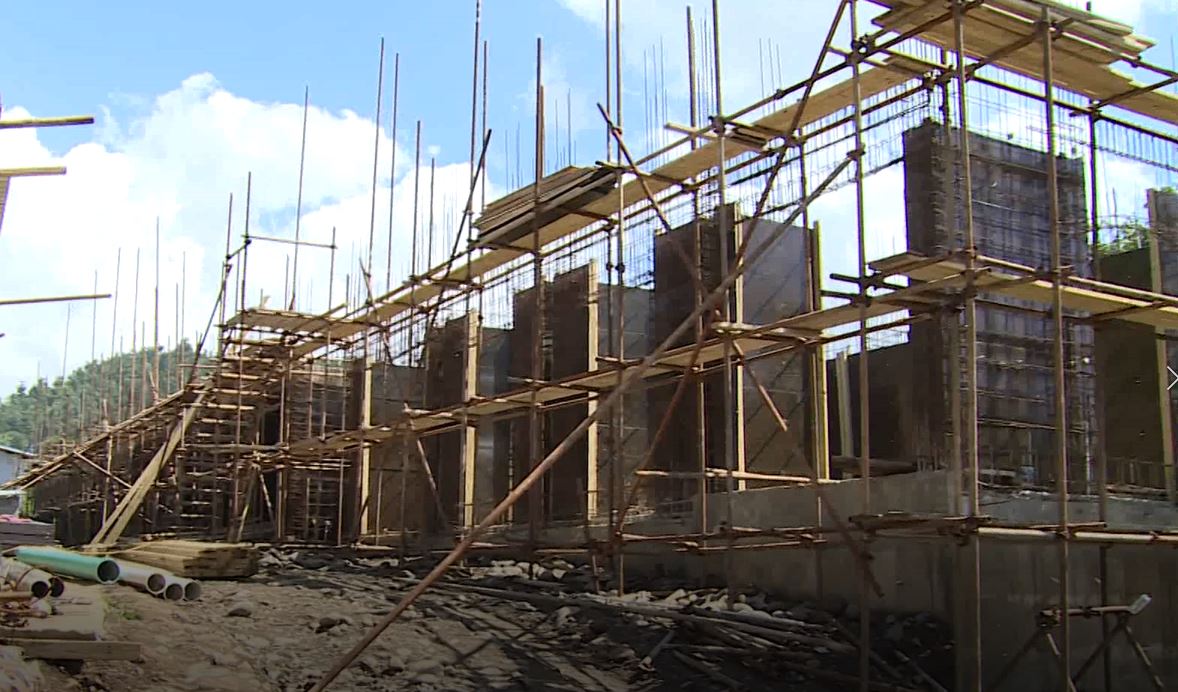 The project which is in the advanced stage is expected to be completed by April of 2020 is being financed by the Citizenship by Investment Programme and is being constructed by Montreal Management Consultants Establishment.

The Dominica Labour Party Government has vowed to make Dominica the first climate resilient nation in the world.

The housing stock of Dominica suffered a major blow following Hurricane Maria and Government has assisted citizens across the island in the renovation of their homes by providing materials and labour.

Member of Parliament for the Mahaut Constituency Rayburn Blackmoore informed that millions has been spent in to ensure that residents have proper roofs over their heads and live in comfortable homes.

“We too in the Mahaut Constituency suffered tremendously and out of about three thousand houses in the constituency, only about seven were not touched, which means that every house were either destroyed, significantly damaged or damaged in some form or shape. We of course, the Labour Party Government, immediately thereafter started a program first of all to actually assist people to recover their houses, and that is persons who had no insurance coverage, and in some circumstances, people with insurance coverage which found themselves out of pocket because they were under insured. So we launched a programme to assist persons and initially when that program was conceptualised, the idea was to help people simply with their roofs but we have found ourselves rebuilding houses,” Blackmoore stated.

The most vulnerable in the communities in that constituency will be the ones targeted for housing assistance. Over eleven million dollars is being spent for the construction of these apartment buildings.

“There are some persons who have found themselves in a peculiar situation in the sense that they are either living by their grandparents or their parents or they are renting. And you find that there is a next reality that they are confronted with where they do not have enough money because of their income, one to go to the bank to contract loans to buy a lot and then to contract a next loan to build a house. So we did a survey in the constituency and we know how many persons in Mahaut, Canefield, in Massacre, in Tarreau and throughout the constituency who have found themselves in that situation. So we have built a thirty three apartment unit structure with twenty-seven two bedroom apartments and six three bedroom apartments,” he explained.

Government has plans to construct other apartment buildings throughout the constituency and the land has already been identified for each apartment complex.

“That kind of project will be replicated throughout the constituency. We would have started Massacre before Jimmit but we have some issues with the land because the land that we had initially identified was too small to accommodate a unit of that nature. We had identified a next location and there are some issues and there’s a next location that we have identified, so hopefully in due time we will be moving across to Massacre and Canefield. And we have a design for Layou Park and we have a location for Tarreau. And then in Warner we have people with their private lots and we have started helping some people already and we shall build an additional ten such homes in Warner,” Blackmoore noted.

The Member of Parliament stated that because of the visionary leadership of Prime Minister, Honorable Roosevelt Skerrit, Dominica has transformed post Hurricane Maria for the most part in its infrastructure.