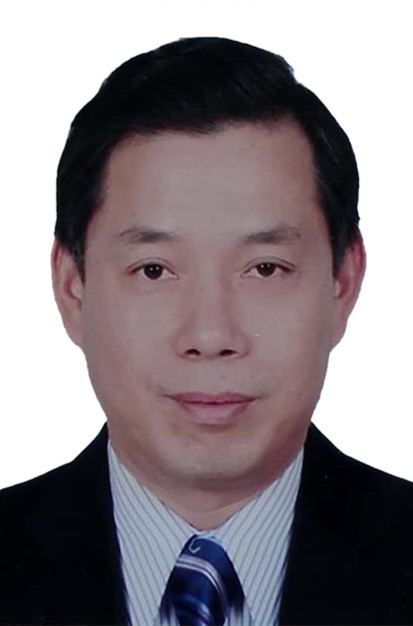 Extensive consultation, joint contribution and shared benefits are concepts President Xi Jinping placed before the world. The idea is to promote democratization in international relations, increase representation of developing countries in international affairs and advocate establishment of a more equitable, just and rational institutional framework for global governance in accordance with the United Nations Charter.

President Xi has also proposed to build a community with a shared future for mankind, which means that all countries should work together to preserve peace, promote development and share its fruits. This is China’s wisdom and plan for a better world.

As one of the UN’s founding member states and the first to sign the UN Charter, China has always supported the UN playing an active role in international issues. As a permanent member of the UN Security Council, China also sticks to peace and justice, taking an active part in resolving conflicts such as in the Korean Peninsula nuclear issue, the Middle East issue and the Syrian civil war. China has increased participation in UN peacekeeping operations, sending over 4,000 peacekeepers. Even now, over 2,500 Chinese peacekeepers are carrying out missions in eight places, the maximum by any permanent member state of the UN Security Council.

First, China adheres to multilateralism in the formulation of international rules, enhances representation of developing countries, and makes international legislation reflect the broadest claims and interests in a balanced and inclusive manner.

It also firmly upholds multilateral trade system represented by the WTO. Since joining the WTO in 2001, China has fulfilled its commitments, such as reducing tariffs, from 15.3 percent in 2001 to 7.5 percent in 2018. This year, China published the Chinese Foreign Investment Law to enhance protection of legal rights and interests of foreign investors. As promised by Chinese leaders, “China’s opening-up door will not be closed, but will only open wider and wider”.

Continuing with reform and opening-up, China has further expanded market access. It regards the implementation of the 2030 Agenda for Sustainable Development a priority task. In fact, it took the lead in releasing the implementation plan and in the 70 years since the founding of the People’s Republic of China, more than 700 million people have successfully been lifted out of poverty. That actually accounts for more than 70 percent of the global poverty reduction.

As the largest developing countries, China is willing to share its development achievements with the world. It actively participated in South-South Cooperation, providing more than 400 billion yuan ($56.90 billion) in aid to nearly 170 countries and international organizations and dispatched more than 600,000 aid workers to contribute to the cause of international poverty reduction. China is also deeply involved with international organizations such as G20, APEC, BRICS, 10+3 mechanism, China-Africa Cooperation Forum, China-LAC Cooperation Forum to promote the common development of all the countries in the world.

In 2013, President Xi put forward the Belt and Road Initiative, holding up the banner of peaceful development and actively developing economic partnership with countries along two routes to  jointly build a community featuring mutual political trust, integrated economy and inclusive culture with shared interests. Up to September 2019, 136 countries and 30 international organizations had signed the Belt and Road cooperation agreement with China, making it the largest international cooperation platform.

Also, China is actively responding to global climate change. It was one of the first countries to sign the UN Framework Convention on Climate Change, made important contributions to the Kyoto Protocol and the Paris Agreement, and facilitated the signing and implementation of the Paris Agreement.

The Latin America and Caribbean region is one of the most concentrated regions where developing countries participate in economic globalization. China and LAC have most similar positions on global governance, such as supporting multilateral trade system, advocating South-South cooperation and tackling climate change. In 2014, when attending the China-LAC leaders’ meeting, President Xi first put forward the building of China-LAC community with a shared future, establishing a comprehensive China-LAC cooperation partnership on the basis of equality, mutual benefit and common development.

Since then, China-LAC relations have been developing rapidly. In 2018, the trade volume between China and LAC increased to over $300 billion and investment volume from China to LAC to nearly $400 billion. There are more than 2,200 Chinese companies in LAC, creating more than 1.8 million local jobs. Nineteen countries in the region have signed cooperation memorandums with China on the Belt and Road. Confucius institutes and classrooms have sprung up all over the region. The development of China-LAC ties demonstrates the broad prospect of a community with a shared future for mankind.

During the UN General Assembly this year, State Councilor and Foreign Minister Wang Yi held the 7th China-LAC Foreign Ministers Dialogue at the UN Headquarters in New York. This month, President Xi will attend the BRICS Leaders Meeting in Brazil. On these occasions, China and LAC will communicate deeply on global governance. Guided by Xi’s thought of extensive consultation, joint contribution and shared benefits, the China-LAC community is bound to gradually approach prosperity.