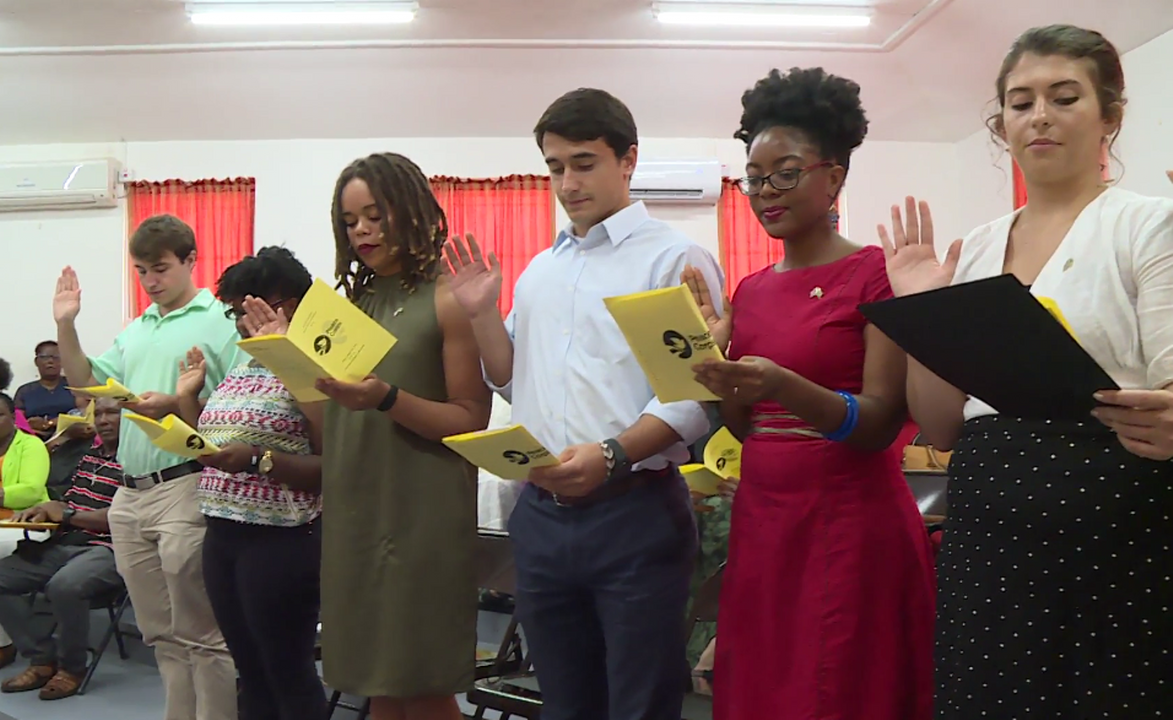 Seven Peace Corps volunteers have taken the oath to assist Dominican students in literacy from Grades K-3 for the next two years.

The five young women and two young men from the United States will be working closely with Dominica’s Ministry of Education as co-literacy teachers in various schools on the eastern side of the island.

Minister for Foreign and CARICOM Affairs Honorable Francine Baron says Dominica is pleased to have the volunteers on island as part of Dominica’s investments in education.

“You will be working very closely with the Ministry of Education focusing on Grades K to 3. We know that these years are crucial learning years for our children. If the foundation is set right then it makes the rest of their school life much more productive and fulfilling to them. In Dominica, this Government has made significant investments in education. We realize that education is key in allowing people to have a better standard of living” the minister noted.

She went on to state that this administration is pleased that they are here as they continue to prioritize education.

“So, we have invested in, among other things, upgrading our schools, training our teachers, and providing transportation in support of students to ensure that they can get to school. And so, this government continues to place tremendous emphasis on education. That is why we are very pleased to have you here in Dominica and we are very pleased that you are enthused about working with our children,” she noted. 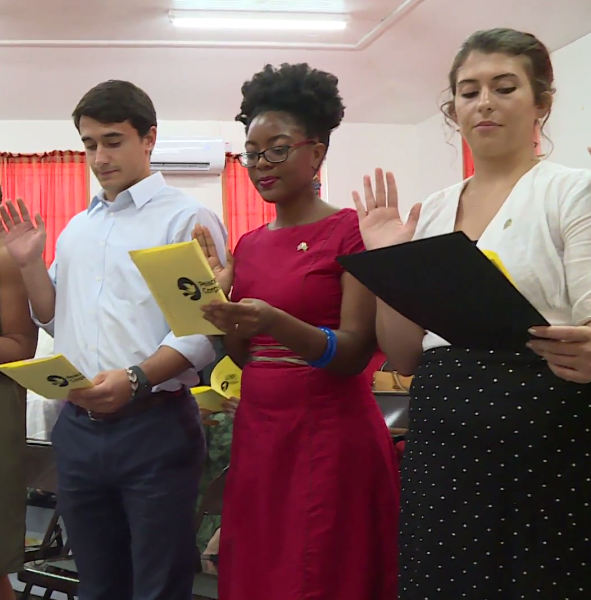 The 91st class of volunteers to Dominica is also the first returning class following the ravages of Hurricane Maria in 2017.

Honorable Baron stated that the Peace Corps has assisted Dominica mainly in education over the years. However, she noted that volunteers have also expanded their expertise in other areas of the economy, an advantage that the government hopes to encourage further assistance with.

“I’m very pleased to witness and to be a part of this ceremony to induct the 91st group of Peace Corps volunteers in the Eastern Caribbean. Over the years, the United States Peace Corps contribution to Dominica has been primarily in the field of education. However, the Peace Corps has also worked in the areas of small business development, the environment, information technology, youth development, gender affairs, community development, agriculture, sports, music, science, health education and nutrition. We want to encourage you to expand cooperation into those other fields as well,” she stated.

The Government looks forward to working with the organization in Dominica’s mission to becoming the world’s first climate resilient nation.

“We have taken on the momentous task of making Dominica the world’s first climate resilient nation. This require us among other things, to build resilience not only in our physical infrastructure but in our social and economic sectors as well. The expertise that can be brought to here to achieve that goal is something that we would bring forward to you for your consideration,” Minister Baron went on to state.

The Minister welcomed the volunteers to the island and encouraged them to make the island their home and enjoy the experiences the island will offer during their term in Dominica.

“Our people are warm and we will love to have you here with us. We know that you will be working hard but we encourage you to also enjoy the various experiences of the nature island,” Minister Baron further added.

Ambassador of the United States to Barbados and the Organization of the Eastern Caribbean States (OECS, Her Excellency Linda Taglialatella wished the volunteers success in their work and encouraged them to be ambassadors for both their country and Dominica.

“What you do is truly important for the development of the youth. Educating the youth is very important, and hopefully you will be educating the next generation of young leaders for Dominica. I want to wish you all the very best. I truly look at you as being ambassadors as you represent your country, and I wish you the best two years here,” she stated.