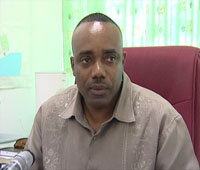 An exploration drilling exercise for geothermal energy in Dominica is revealing positive signs for the growth of the industry.

In an effort to diversify the island’s energy resources, Government has contracted two Icelandic well-testing companies to drill three test wells in the Roseau Valley area to determine their potential energy value for Dominica as well as other islands in the region.

This project is funded in part by the European Union (EU), the Organization of American States (OAS) and various French agencies.

The test drilling is being conducted to determine whether or not geothermal resources in the Roseau Valley are suitable for generating significant volumes of electricity, as well as the feasibility of the proposed underwater transmission to supply the neighbouring French islands.

Minister for Energy, Hon. Rayburn Blackmore told the media on Wednesday, that the findings of the drilling exercise have been encouraging.

“From what I’ve been advised, down to a depth of 1337 metres, we are getting a temperature reading of approximately 240-265 degrees Celsius thereabout…and the minimum temperature that we would require to produce electricity would be in the region of 180 degrees Celsius…so it is encouraging news.

The Geothermal Project is part of government’s long-term plan to build a one hundred and twenty megawatt (120 MW) power plant which will have the capacity to provide energy to other islands in the region such as Martinique and Guadeloupe and Antigua and Barbuda.