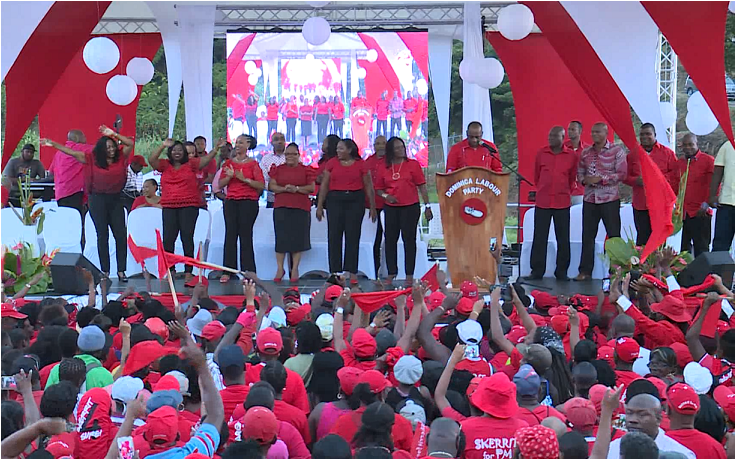 With the 2019/2020 general elections being speculated to be right around the corner, the political climate of Dominica has intensified, and one party has shown the nation that for all twenty-one constituencies on island, it is armed with persons the party believes to be competent contestants.

On Sunday, the Leader of the Dominica Labour Party and Hon. Prime Minister of Dominica, Roosevelt Skerrit announced to the nation those who will be contending the next general elections on a Labour Party ticket.

The Hon Prime Minister was speaking at A Labour Party Delegates Conference held in Londonderry where he introduced a team he described as a fresh face or the party.

One of the new additions is the wife of the Honourable Prime Minister, Melissa Skerrit.

“I must confess the next candidate was resisted by me initially, the people kept calling and I kept stalling. But I am a servant of the people and the people of Roseau Central have said loudly and unambiguously who they want. Tonight, I give you the people’s choice Melissa Skerrit for Roseau Central.”

However, just 24 hours after her introduction as a Dominica Labour Party Candidate for the Marigot Constituency in the upcoming elections, Ms Anicka Charles chose to withdraw from the political race due to a scandalous campaign launched against her within hours of her endorsement for candidacy.

Including the party’s leader, Hon Roosevelt Skerrit, eight (8) members of the party who contested the 2014 general elections were retained on the team to contest the 2019/2020 elections.