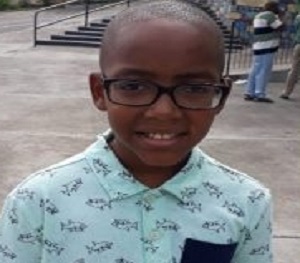 The Hon Minister for Education and Human Resource Development, Petter Saint Jean officially released the names of the top performing students at a press briefing on Wednesday as follows: 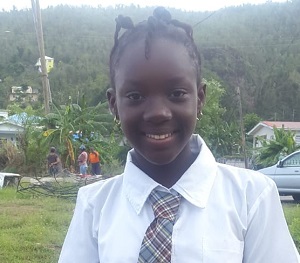 GIS news caught up with the proud mother, Bertilia McKenzie and her son after the announcement. She attributes her son’s success to hard work and prayer.

"I am very emotional, and I am so grateful to God for making this happen, it took a lot of prayer and preparation,” she said.

Mckenzie is also the General Manager of the Dominica Electricity Services Ltd (DOMLEC). While she was also tasked with post Maria recovery efforts, she says each member of her family played their part to contribute towards her son’s success. 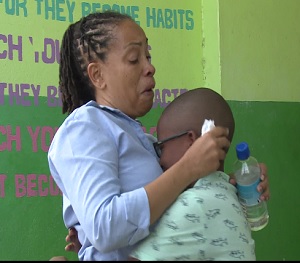 She described her son as focused, diligent and an avid reader. GIS news also spoke with Sev who revealed that his plan is to be a scientist. St. Mary’s Academy is secondary school of choice and he attributed his success to “hard work and exercises”.

Hon Saint Jean was pleased that despite the challenges of hurricane Maria, the students were able to perform remarkably well. He said there has not been much change in the quality of the results when compared to last year.

“Believe you me we were worried that the absence of the usual comforts at our schools would distract them [the students] from their studies and their teachers grappling with the stress of post Maria Dominica would be further challenged to deliver their best in the classroom. I am however, happy to note that our concerns, though they were well rooted, have not come to bear. Instead, this year we are witnessing similar results to what obtained in previous years; in some cases, we note improvement in performance while some of our schools continue to struggle,” he remarked.

Hon Saint Jean called the performance of the students “a cause for celebration” and praised them for displaying their “own brand of resilience.” The Hon Education Minister also commended parents and teachers for their dedication in ensuring that the children succeed.

Meantime, the Dublanc Primary School, which also had a student in the top five performers, topped the list of most outstanding schools this year.

Here is the list of the top ten performing schools: