Anti-Terrorism Bill Suspended For Next Sitting Of Parliament 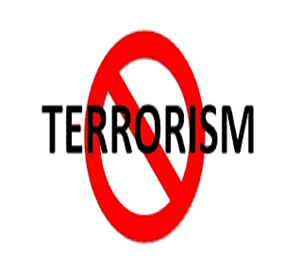 The second and third readings of an Anti-Terrorism Bill meant to be put forth and debated in this week’s sitting of Parliament was suspended as the fourth sitting of the third session of the ninth Parliament got underway on Monday June 25.

The proposal of the Anti-Terrorism Bill has generated much debate in the public domain with the ‘infringement on the rights of citizens to take protest action’ being the main concern.

Speaking on radio programme, Focus on Government and Development on DBS radio last Thursday, the Hon Prime Minister, Dr. Roosevelt Skerrit said there is nothing for citizens to be apprehensive about in the bill.

“There is nothing in this bill for any citizen in Dominica to be perturbed about, to be worried about. As a matter of fact, I believe it is a bill that Dominicans should celebrate because it is a bill that will safeguard and seek to protect our citizens. [if somebody was] to engage themselves in a terrorist act against our citizens, whether here or overseas, then our laws would be in place to adequately deal with these people,” he said.

“This is really a fulfilment of a series of international conventions dating way back from 1963 long before we became an associated state and long before we gained our independence,” the Prime Minister said further.

Following Parliament’s morning session, the Hon Minister For National Security, Rayburn Blackmoore told the media delaying the passing of the bill will allow for a national conversation on the matter so that citizens can have the opportunity to voice their concerns and provide recommendations.