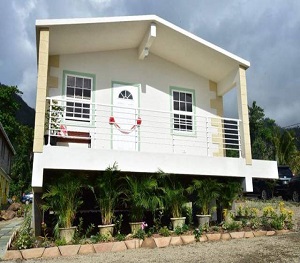 The Hon Prime Minister and Minister for Finance, Housing and Lands, has revealed that the Government of Dominica will make available $1.4 million for the rehabilitation of homes in the Marigot constituency.

The Hon Prime Minister revealed this while debating in Parliament on Tuesday.

“I have approved $1.4 million for the constituency of Marigot to help residents there, as a first tranche to assist with their roofs; across the political divide, he said.

Since the passage of Hurricane Maria, Government has made available millions of dollars’ worth of construction material and direct funding to constituencies across the island to help residents streghthen their homes ahead of the next hurricane season.

The intention is to assist those who were underinsured and those who were not insured at all to recover and in some instances reconstruct their houses. Over 90% of the island’s stock was destroyed as a result of Hurricane Maria almost eight months ago.

Government has made housing priority and under the new housing revolution initiative a first one thousand climate resilient homes will be built by government. Just recently the first two of these homes were handed over to two families in Union Estate, Pointe Mitchel.

As the new Minister for Housing, the Hon Prime Minister has given the nation his commitment to ensure the provide better housing for Dominicans all over the country.