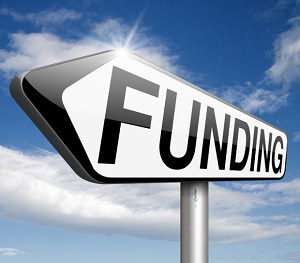 The World Bank has approved funds in excess of US$100 million to assist with Dominica’s recovery.

The Hon Prime Minister, Dr. Roosevelt Skerrit speaking with state owned DBS radio earlier this month said that out of these funds US$25 million will go towards re -establishing the agriculture sector.

Out of the US$ 115 million, US$40 million have been set aside for housing and the World Bank has agreed with us to fast track or to advance those funds and US$25 million is for agriculture,” hon skerrit explained.

He said in due time, the minister for agriculture will speak to the nation about the various components of these funds allocated to improving the agriculture sector.

Hon skerrit says this new agriculture programme is very extensive and if properly and implemented, could greatly impact the industry. The aim is to completely resuscitate the sector which was dealt a crippling blow by hurricane Maria last September. According the Prime Minister the new agriculture programme will involve a more direct approach to farmers and will also include a new credit scheme.

“We are bringing a new structure in agriculture to help focus on the limitation of these components, ” he remarked.

Some of the funds will also go towards the rehabilitation of public infrastructure and US$1.8 million will be used for social interventions through which there will be direct cash support for the most vulnerable households and communities on the island.

Speaking at the launching of the Climate Resilience Agency of Dominica, last month, World Bank representative, Karlene Francis indicated that the World Bank’s approval of concessionary funds to Dominica would be approved in April.

Out of these funds $50 million is grant funding.

The World Bank has pledged its support to Dominica’s climate resilience strategy and is also working with the Dominica geothermal development company to prepare a programme to support a seven-megawatt geothermal plant to provide electricity to the island.

We have 212 guests and one member online