Close to US$2 million for Rehabilitation of East Coast Road 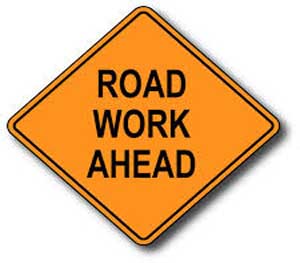 A project to rehabilitate 43.3 km of road starting at the Pond Casse round-about to end at Petite Soufriere is now in the design phase.

This project which will be executed by the Ministry of Health and Environment through the Disaster Vulnerability Reduction Project DVRP. will cost close to US$2 million.

Tecnica & Proyestos, S.A (TYPSA) of Spain has been contracted for the pre-engineering and design phase of this project.

Speaking on behalf of Health Minister, Dr. Kenneth Darroux, Health Liaison Officer, Dr Martin Christmas noted that in keeping with DVRP’s Objective to reduce disaster vulnerability through investments in resilient infrastructure, the designs will be framed with mitigation and adaptation measures.

“An initial assessment of the project area by our main project partners, the Ministry of Public Works and Ports, indicates serious vulnerability due to conditions which include heavy rainfall which results in extreme flooding, severe landslides, rock falls, slope and road edge failures.”

Dr. Christmas says in keeping in line with Dominica’s current aspiration for climate resilience, Government has ensured that the project will done to the highest standards.

It is against this backdrop that Permanent Secretary in the Ministry of Planning, Gloria Joseph, says the ministry welcomes this project, one which is in sync with Government’s call to build back better and stronger.

“We do hope that your skills and the expertise that you would showcase in that particular area would auger well for the rest of the country where there are lots of other road works to be done,” she said.

Project Manager for TYPSA, Medina Alphonso, says he is grateful for the opportunity to be part of such an important undertaking. He says the company is looking forward to working with local subcontractors on the project and assured that his company will do its best to build roads and bridges which are climate resilient.

This project is expected to be completed within eleven months.