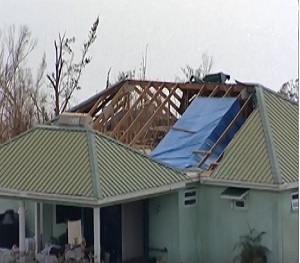 A shortage of skilled, unskilled workers and contractors has propelled Government to seek outside assistance to speedily cover the roofs of homes destroyed by Hurricane Maria before the next hurricane season.

The Hon Prime Minister revealed this while speaking about Government’s plan to assist citizens re-roof their homes.

Hon Skerrit said Government is making arrangements to have highly-skilled workers, engineers and electricians from Cuba join in the efforts to re-roof and re-wire homes.

“The replacement of roofs is a major preoccupation for me and it something that keeps me up at nights and we intend to do everything humanly possible to provide the financial and other resources to our citizens to get their roofs back over their heads as quickly as possible,” he said.

Under the arrangement 100 skilled workers are expected to come in March.

Hon Skerrit indicated that in addition to limited labour for the huge task ahead, time is a critical component in making this decision.

“We do not have a hundred years to put back roofs over people’s heads, as a matter of fact we do not even have months to do so…”

The Hon Prime Minister also extended an invitation to skilled Dominicans living abroad to join in the efforts of making homes safer before the next hurricane season which begins on June 1.

“I am saying to our citizens who are residing out of Dominica who have the skills and the competence, you have an opportunity to return home and make a contribution because there is work for you in Dominica” he said.

The nation’s leader was speaking at a ceremony where $2 million was handed over to the Mahaut Village Council to repair roofs for constituents.