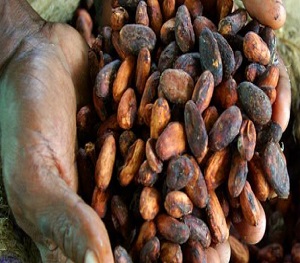 Head of Export, Promotion And Development Department at DEXIA, Lloyd Pascal says as there is a great demand for cocoa on the world’s market, Dominica is well positioned to develop the sector.

“We have tremendous potential for us to be able to market this and to grow this into a very viable business for us in Dominica. This is one of the reasons we chose the crop, cocoa, to be a cluster for the cluster development that we are pursuing at DEXIA,” he said. 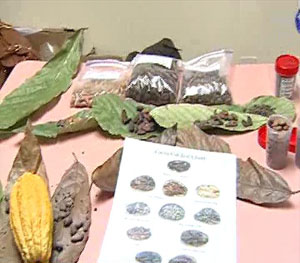 Director of Trade, Matthan Walter commended DEXIA for its vital role in developing the cocoa sector which he sees as an ideal opportunity to maximise Dominica’s ability to increase the trade of cocoa.

“Today marks a very important milestone as we seek to rebuild our agriculture and agro-processing industries which were also severely affected by this monster storm (Hurricane Maria).  As we seek to engage our private sector into meaningful, income-generating programmes and projects, we endorse the work that the Dominica Export Import Agency is undertaking with this cocoa development project.”

This workshop is the second phase of capacity building for DEXIA which is the main Business Support Organisation (BSO) in Dominica is working in collaboration with Compete Caribbean.

“We had a first phase of the Compete Caribbean Programme which lasted between 2011 and ended last year.  In that first phase, we did several things amongst which was supporting key clusters that had a high potential for growth,” explained Executive Director of Compete Caribbean, Sylvia Dohnert. She explained further that in the first phase of Compete Caribbean, the programme focused on two large components: working directly with the private sector to improve on existing and to start up new initiatives and working with governments across the region providing technical assistance to make it easier to do business in the region in general.

The focus in the second phase, she says, is to create sustainability to ensure the continuity of projects after the conclusion of the programme.

By the end of March 2018, DEXIA is expected to present a capacity enhancement plan and cocoa cluster strategy for Dominica.  Officer in Charge at DEXIA, Paula Platsko, says it will take all stakeholders along the cocoa value chain to ensure the success of the project.

“Given the reputation of our cocoa as one of the best in the world, we believe that we have an opportunity to build back better in the cocoa sector.  We need to strengthen our collaborative efforts from production to final consumption of the product. As we explore new opportunities and revive the options identified in our national export strategy, we are even more convinced that cocoa is an ideal crop to support our vision for climate resilience,” she said.

Among other objectives, DEXIA will focus on management and productivity enhancement of cocoa, improved post-harvest practices and improved marketing and market access for cocoa.