Press Release from Office of the Prime Minister 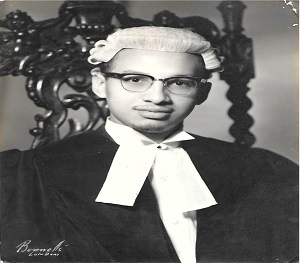 The Dominican flag shall be flown at half-staff on all public buildings in the State on the day of mourning, Monday, August 21, 2017.

Ronald O. P. Armour served as a Member of the House of Assembly representing the Roseau South Constituency between January 7, 1966 and March 24, 1975. Edward Le Blanc appointed Armour as Minister of Communications and Works on March 1, 1967. He had the distinction of being the youngest Minister of Government at the time.

In September of 1970, Armour became the Minister of Education and Health following a Cabinet reshuffle.

Following the October 26, 1970 General Elections, Armour was appointed the new Minister of Finance, Trade and Industry and Deputy Premier of Dominica. On January 1,1973 his portfolio was changed to Finance and Development while maintaining the designation of Deputy Premier.

In his earlier years, Armour qualified in law at the University of London in the United Kingdom in 1961 and gained a diploma in Economics and Social Administration from the London School of Economics in 1963. He was an active member of several student groups including the West Indies Students Union, the Afro-Caribbean Society and the Africa Society.

His Excellency the President Charles Savarin, Prime Minister the Honourable Roosevelt Skerrit, Speaker of the House of Assembly Alix Boyd-Knights and other Members of Parliament, Government Ministers and other Government Officials are expected to attend the Official Funeral for Mr. Ronald O. P. Armour.

The Official Funeral will be held at the Mount Wallis Methodist Church in Portsmouth on Monday, August 21, 2017 from 3:00 p.m. Viewing of the body will take place between 2:00 p.m. and 2:55 p.m. The late Ronald O. P. Armour will be laid to rest at the Armour family burial ground in Blenheim.