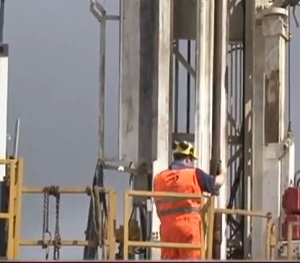 Dominica’s geothermal project, part of Government’s plan to provide a more reliable and affordable source of energy to Dominicans, has received further funding to ensure completion.

The Hon Minister for Finance, Prime Minister, Dr Roosevelt Skerrit, while presenting the 2017/2018 National Budget on July 27th, revealed that these funds have been made available by the Government as well as other benefactors.

For the 2017/2018 fiscal year alone, $36.4 million has been allocated to the Ministry of Trade, Energy and Employment and over the last twelve months, Government has established the Dominica Geothermal Development Company (DGDC) which has a full complement of staff to move ahead with the construction of the plant - a project which is expected to reduce Dominica’s dependence on crude oil.

“In June of this year, the Government of New Zealand recruited a project manager who is now engaged with DGDC,” the Finance Minister informed. “Funding for the project will come from various sources. Government will contribute EC$40.5 million.  In addition to Government’s contribution we have secured all the funds required to construct the plant from our development partners.”

The finance minister says funding for this project will also be obtained from the world bank in the form of a loan of $16.2 million at a highly concessionary rate of 0.75% with a ten-year grace period and forty-year repayment plan.

Prime Minister Skerrit noted that the environmental and social impact assessment for the geothermal project is ongoing in the Roseau valley.

“Every effort will be made to ensure that adverse impacts on the communities and the environment will be mitigated,” he said.

Land owners in the area can also expect to be compensated for use of their property and support will be provided to residents who occupy lands to ensure that they are not left worst off, the Prime Minister said.

The designs for the plant are progressing and should be completed by the third quarter of 2017.

“Once the plant has been commissioned, the DGDC will sell power to DOMLEC to be distributed throughout the country.  So far, I have been advised, that based on the regulations of the Independent Regulatory Commission (IRC) DOMLEC must pass on the lower tariff to the consumer. That is to say DOMLEC is not allowed to add to the cost at which the power will be sold.  This will ensure that the lower cost of electricity from Geothermal will pass through to the consumers of our country.”

Hon Skerrit informed that negotiations are ongoing with DOMLEC to finalize the terms of the power purchase agreement between the DGDC and DOMLEC. Negotiations are expected to be completed in the coming weeks.