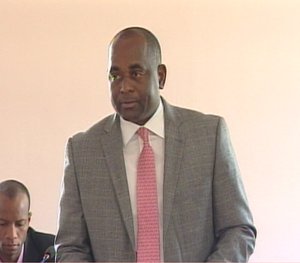 For this upcoming event, the Prime Minister says he is particularly excited as he believes several critical issues will be addressed.

The Finance minister had previously announced that a similar amount of $10 million expended in last year’s budget for small business will be allocated in the upcoming financial year.

The destination marketing budget will also see an increase this year from $8 million in last financial year to $12 million dollars in the 2017/2018 financial year. Prime Minister Skerrit says this is important to ensure Dominica remains relevant and known as a destination of choice.

Government also regards strongly the development of the country’s human resource base and so first-degree holders wanting to pursue master’s degree programmes can look forward to assistance from Government. “Those master’s degree must fall within the national priority,” Hon Skerrit explained.

This improvement in human resource capacity also includes those who have completed studies abroad and are planning to return to Dominica to contribute to national development.

Training for teachers in special education is also on the cards.  Hon Skerrit believes that this aspect of the education sector needs to be revolutionised. Formal Technical and vocational training as well as training in hospitality will also be receiving attention.

“If we are building five-star hotels in Dominica, our service cannot be at two-star and therefore we have to take our people in the hospitality industry to a five-star service level.”

And for middle income citizens, improved access to affordable housing has been slated.