The Ministry of Agriculture and Forestry in collaboration with the Food and Agriculture Organization and the Caribbean Development Bank (CDB), have joined forces to help Dominica benefit from the opportunities available in the regional cassava industry.

Last Wednesday, a project launch and inception workshop on the Cassava Industry Development and Sustainable Approaches to Agribusiness was held with key industry including farmers and exporters.

Permanent Sectary in the Ministry of Agriculture, Harold Guiste explained that this is a result of a “grant agreement signed with the FAO and the Caribbean Development Bank (CDB) for execution of projects geared at addressing the huge import substitution market opportunity that the development of the cassava industry provides to the Caribbean for food, flour, feed, beer and possibly energy.” 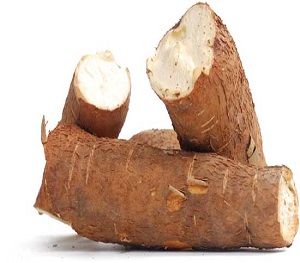 Plant production and protection officer with the FAO, Vyjayanthi Lopez detailed the benefits of the growth of the cassava industry which can be used to reduce the food and import bill.

“Cassava already has a production base in almost all the countries of the region. According to recent estimates CARICOM countries import, on an annual basis, 900,000 metric tons of wheat for flour and 400,000 metric tons of corn mainly for poultry feed. The beer industry imports almost 100,000 tons of malt annually. Many of these industries recognize the substitution possibilities and have expressed interest in using locally produced cassava in their production systems.”

To supply these potential markets, she noted however,” requires improvements at various levels along the value chain starting with improved varieties and production technologies, more efficient marketing and processing systems and closer business relationships between the value chain actors from production to consumption.”

She also identified competitive prices for raw materials as a key factor to the success of the industry.  The crop has been prioritized by several CARICOM countries, including Dominica, for development as a food and commodity crop.

A multipurpose crop, cassava is a climate smart crop adaptive to a wide range of soil and environments however the low production and productivity levels must be addressed if cassava is to become a commercially viable crop.

He said, a stakeholder’s consultation was held in Castle Bruce and a survey of producers, processers, consumers and input suppliers was also conducted.

He further detailed that action to address some of these limiting factors was initiated in 2015 under component two of the agricultural policy programme funded by the European Union.

The three-year project, valued at US$1.2 million is expected to introduce new improved varieties of cassava into the region as well as link farmers with new markets.

The Minister assured that the Government will continue to support the cassava industry here.