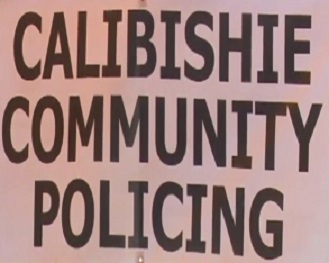 The Commonwealth of Dominica Police Force has been making strides to engage communities in efforts to keep them safe from crime and violence.

In August last year, a pilot community policing programme was launched in the North-Eastern community of Calibishie and Chief of Police, Daniel Carbon is reporting that the programme is already reaping rewards.

At a press conference held by the Commonwealth of Dominica Police Force last week, the Commissioner of Police, commended the community of Calibishie for their cooperation in the Community Policing initiative.

“…The people there: the expatriates, the locals, the intellectuals, the farmers, the ordinary man, they understand the consequences of crime and so they’ve been working with us tirelessly. They are even putting their own private resources into the initiative…”

The Police Commissioner made an appeal to Calibishie residents to continue their cooperation with the police.

Similar programmes will be held soon in Woodfordhill and Morne Prosper.

“I am asking Woodfordhill to bear patience with the police because you know there are times when police attention has to be diverted. Recently my team was in Morne Prosper and we had a healthy dialogue with the community and Village Council there … we’ll be back there very soon,” he said.

Meanwhile the Police Chief revealed that the police have been conducting educational programmes in schools in the Roseau catchment area.

“We have a programme at the North East Comprehensive addressing delinquency and drug issues and deviant behaviors…,” he informed also.