The nation’s leader has assured the country that all the funds needed to construct the national mulit-sports complex has already been secured.

Five million dollars donated by the Government of Mexico in 2015 was the original amount secured as a commitment to build the complex.

However, these funds were rediverted to resettle those affected by Tropical Storm Erika. 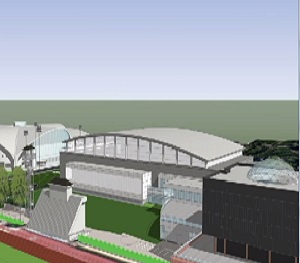 “I can say to the country, as the Minister of Finance I have set this money aside to build this facility. We are not going to be looking for the money, we have the money to build the facility. The entire sum will come from the Citizenship by Investment Programme. When we have elements in our country who collude with external people, who do not even know where Dominica is, and who have never been to Dominica, who have no interest in Dominica’s wellbeing to seek to undermine and destroy a major source of non-tax revenue for our country, it is something that every citizen, irrespective of who you are we need to frown upon. This facility will cost us in excess of EC $40m.”

The complex will cater for basketball, netball, volleyball, tennis and swimming.  There are plans for both indoor and outdoor courts.

On Friday, Government signed a $3.6 million-dollar contract with Puerto Rican firm, Marques and Marques Architectos for the design of the complex.