New Council On Ageing President To Focus On Elderly Daycare 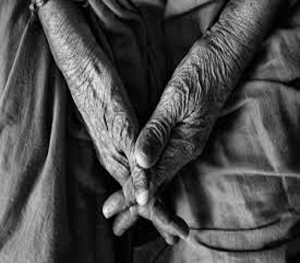 New president of the Dominica Council on Ageing, Gloria Shillingford, has shared plans to prioritize day care centres for the elderly in various communities.

On May 31, The Dominica Council on Ageing elected a new board of directors during its 22nd Annual General Meeting at the Fort Young Hotel.

Shillingford told GIS news, in an interview that she intends to take the DCOA to another level with the help of the board.

“As I speak to the elderly, as I go around Dominica and as I dealt with them before, we know that loneliness is a disease and many of our elderly suffer from loneliness. I remember there was a discussion about using some of our resource centres as day care centres.  This we’ll be taking to Government to see how we can partner with or we can work together to be able to ensure that there are day care centres in almost all of the communities.”

The former Social Services minister stated how humbled and honoured she feels to have to the confidence of the association placed in her.

She pledged to do her best for the elderly, those she calls, ‘gems of our island.’

“I have worked with them before as Minister for Social Services, Community Development and Gender Affairs and I had a very lovely relationship working with them. I enjoyed the relationship with them but on a whole I believe the elderly, because they have done so much to take us to where we are today, they deserve our very best of care and that is what I intend to focus on.”

The new DCOA president intends to continue partnership with Government in the care and advocacy of the elderly.

As it relates to the issue of elder abuse, she intends to continue the fervent fight.

Meanwhile, World Elder Abuse Awareness Day will be observed on June 15 and plans are on-going.

“A number of our elderly again, financially in particular they are abused and we want to bring that to the fore. We want to sensitize our people about that sort of abuse of the elderly,” she said.