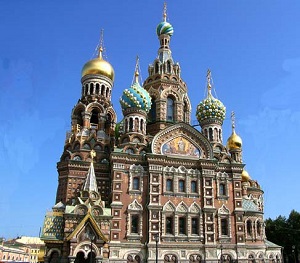 The Honourable Prime Minister, Dr Roosevelt Skerrit, has been invited as a panellist to address the St. Petersburg International Economic Forum in Russia.

In a press release from the Office of the Prime Minister, GIS news has been informed that, Hon Dr. Skerrit is the first leader of the English speaking Caribbean to be invited to this event.

Panellist will from June 1st to 3rd speak on the platform for the Eurasian Economic Union, EAEU, Latin America and the Caribbean: Cooperation Gains Momentum.

The President of the Russian Federation, Vladimir Putin, is expected to deliver the feature address on day two of the three-day forum.  Over 4000 people are in attendance.

The St. Petersburg International Economic Forum will be convened under the theme, “Achieving a New Balance on the Global Stage”.

Honourable Dr Skerrit is expected to engage in a high level discussion with Government Officials including the Foreign Minister of the Russian Federation, Sergey Lavrov.

The Honourable Prime Minister is accompanied by the Secretary to Cabinet, Ambassador Steve Ferrol.

In the interim, Hon Reginald Austrie is the Acting Prime Minister.