Supplementary Estimates Of Over $155m Approved In Parliament 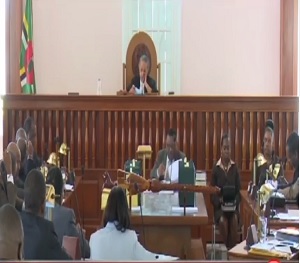 The original estimates were for an amount of $154,694,700.98. However, an amendment was made to facilitate emergency road diversion works in the Cabanis area.

Meanwhile, the honourable Prime Minister, Dr Roosevelt Skerrit, addressed the nation last Thursday afternoon stating that for the peace of the nation, Parliament would be reconvened on Friday, May 26, but adjourned without further consideration of matters on the Order Paper.

The House of Assembly was adjourned sine die.