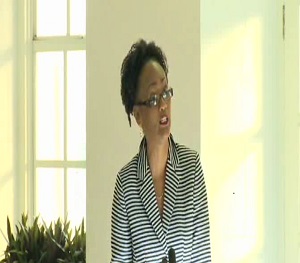 e debate for the supplementary estimates continued in the House of Parliament on Wednesday afternoon, Hon Minister for Public work and Ports, Miriam Blanchard defended the second largest allocation of $35.9 million to her ministry.

Of this amount $16.5 million went towards road rehabilitation. This includes general road maintenance, construction of new roads and vegetation management.

Hon Blanchard says the basis for supplementary estimates to her ministry is for rebuilding a more robust infrastructure particularly after the damage done by Tropical Storm Erika.

“I want to be clear, people come first for this Dominica Labour Party and that is why this government makes absolutely no excuses when funds are expended to ensure the safety, security and overall wellbeing of citizens of this country.  The Ministry of Public works and Ports is government’s arm responsible for the development and maintenance of the island’s physical infrastructure.  We all know the critical role of infrastructure to a country’s economic fortunes and this is not being lost on this administration and so I am confident that the review of the finances of this government will reveal that the extensive investment in infrastructure over the years and this is not different in the supplementary estimation that is being debated in this honourabe house.”

Meantime, Senator Blanchard has denied comments by the Opposition that the Dominica Labour Party Administration neglects constituencies not represented by the administration in Parliament.

She also spoke of developments in the Wesley and Salisbury constituencies.

“What are the opposition really saying? Why is there this deliberate attempt by the members of the other side to give the Dominican public the impression that all of the money being spent the government is being done in constituencies led or being represented by this side of their house...this is not true and I think this is very disingenuous of my colleagues on the other side of the house,” she said.