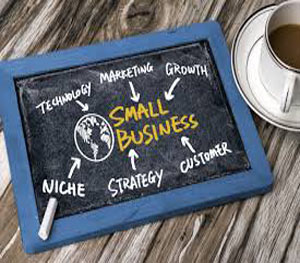 As Parliament continued Tuesday afternoon, the Hon Minister for Finance, Prime Minister Dr Roosevelt Skerrit received more support for the supplementary estimates of over $155 million presented to the House that morning.

The Hon Minister for Enterprise and Small Business Development, Roselyn Paul expressed full support for the estimates of which $5.1 million went to small business development.

Hon Paul praised Government’s efforts to decentralise funding which she says is an important approach to spread the culture of entrepreneurship and strengthen the private sector.

“It speaks to more equitable distribution of resources and inclusion of all.  This strategy encourages entrepreneurial activity in rural communities as increasingly we the Government of Dominica strive to develop strategies to sustain local economies,” she said.

The Hon Small Business Minister revealed that from the period July 2016 to April 2017, 479 small businesses in eight communities have benefitted from $2.8 million.

“This is in addition to other applicants who benefitted from the ministry’s overall programme.  When I speak of this, I speak here of the several small agro-processors who are benefitting; the virgin oil producers; the cocoa producers; the herbal tea producers; those involved in the production of sweets and confectionary; those making cassava bread; breadfruit and potato flour; the bee-keepers engaged in production for the local and export market.”

Hon Paul says these funds have also impacted small hair-braiders, poultry and livestock farmers, craft-makers and fashion designer who are now more empowered and gainfully employed because of government’s investments.

“Funds are not just disbursed and people and remain on their own but they are supported by technical advice, training and monitoring. In fact, in the last 2 months we have trained 369 small entrepreneurs in six villages in various districts; and even as we speak today, there is ongoing training this week, for example, in two additional communities.”

Hon Paul is confident that the investments made in these communities are translating into additional jobs and empowerment of small business owners.