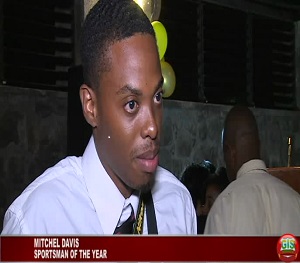 Dominica’s sports men and women were recognised and awarded for excellence in 2016 as the Ministry of Sports held its 11th annual national sports awards ceremony at the Fort Young hotel on the evening of Wednesday May 3.

At the event, themed ‘Inspiration, Aspiration, Motivation and Success’ forty awards were presented to Most Valuable Players in several sporting disciplines including athletics, basketball, boxing and football.  Other awards presented for the evening included best primary and secondary school of the year in sports, coach of the year, sports teacher of the year, best sports commentator and sports reporter of the year.

The Hon Minister for Sports, Justina Charles told the sports community that these awards should serve as inspiration to continue reaching for their goals.

Hon Charles outlined Government’s continued commitment to sports in Dominica citing improvement of sporting infrastructure such as the lighting of playing fields and the construction of hardcourts and change facilities.

“In recent times, we have seen improvements to our playing facilities in terms of lighting; we have piloted a new programme using solar energy.  The intention is to learn from the experience of this programme in order to ensure that all our playing fields on the island are lit to an appropriate standard. Plans are in place for the construction of two hardcourts at Portsmouth to cater for tennis and netball…”

The construction of an indoor sporting facility with an Olympic-sized swimming pool is also a major undertaking by government to improve sports on the island. Hon Charles spoke of Government’s commitment to making this a reality.

“The process of preparing the contracts for the design stage is ongoing with a view to have contracts signed before the end of the first half of this year,” Hon Charles informed.”

She congratulated the awardees and called on sportsmen and sportswomen as well as sporting associations to raise the standard of sports on the island in 2017.

National Sports Coordinator, Trevor Shillingford says despite the challenges of the past year, 2017 has so far been outstanding and he looks forward to further achievements for the year.

This includes gold medal performances in javelin in the 2017 CARIFTA games and in triple jump at Penn Relays 2017.

Meantime, Mitchel Davis, an avid athlete is Dominica’s sportsman of the year. 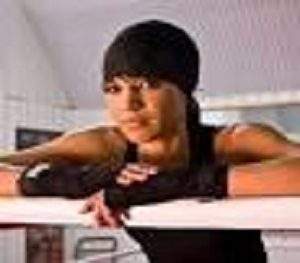 Valerian Spicer, amateur boxer, based in the United Kingdom, who represented Dominica in 2016 Olympic games is sportswoman of the year. In a message on her Facebook page she thanked everyone who has supported her through her international boxing journey including the Dominica Olympic Committee, Job Joseph and Top Glove in Dominica.

Photo below: Valerian Spicer, Sportswoman of the Year