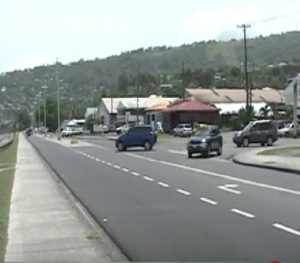 The Ministry of Public Works has launched a national road safety assessment project.

This week, 200km of the island’s main road network will be assessed. The assessment is being conducted by UK-registered charity, International Road Assessment Programme (IRAP) using the services of Servicios Mexicanos Ingeneria Civil or SEMIC of Mexico.

Personnel of the Ministry of Public Works will receive training to evaluate the findings of the assessment.

“…Engineers and technicians of the Ministry of Public Works and Ports will be exposed to the various tools used for data capture and processing,” Permanent Secretary, Denise Edwards explained.

IRAP’s aim is to curb road fatalities and injuries all over the world. Roads are made safe for motorists, pedestrians, cyclists and motor-cyclists.

Edwards says road fatalities in Dominica have increased between 2009 and 2013.

“The road safety assessment will guide the prioritisation of road projects to yield the greatest impact on road safety,” she said.

The team was originally on island to conduct a road network safety assessment to guide the design of the Loubiere to Bagatelle road funded under the Department For International Development Fund (DFID) through the Caribbean Development Bank (CDB).

“Additionally, given the fact that the exercise would require mobilisation of a consultant to the island, Government decided to take the opportunity to carry out a road safety assessment of the entire main road network,” Edwards said further.

IRAP uses a star rating system that rates roads from one to five stars with one star being the most unsafe.

The organisation’s aim is for countries to have three star or better roads.