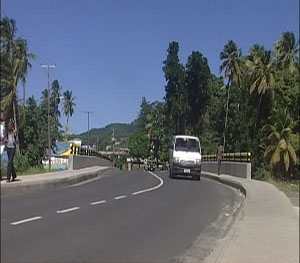 The Government of Dominica has committed to construct an administrative building in the town of Portsmouth.

During a town hall meeting in Portsmouth recently, the Hon Prime Minister, Dr. Roosevelt Skerrit, said this will facilitate residents of Portsmouth and environs wishing to do business with the Government.

Hon Skerrit says that Government will be working closely with the Dominica Social Security to look at the prospects of building this administrative building.

The nation’s leader listed additional Government’s offices which will be located in the administrative building.

The building is also anticipated to include a sub-treasury, Dominica Social Security office as well as all other government offices, the post office and an office for the parliamentary representative.

The Dominica Labour Party Government has held numerous town hall meetings in various communities across the island to sensitize the public on ongoing projects financed by the Citizenship by Investment Programme.