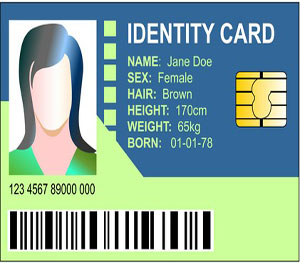 Cabinet has approved over one point five million dollars for the funding of a new national identification system.

According to a press release from the office of the Cabinet Secretary on April 10, the new system would allow all eligible electors to enroll and be issued a national identification card.

Cabinet gave its prompt approval in February, after a request by the commission through the President. This was to ensure that a suitable identification card system is put in place in sufficient time to be used in any future general elections.

A review of the electoral process in Dominica has been the subject of discussion for some time now. The Government of Dominica has repeatedly indicated its support for the improvement of the conduct of elections. It is committed to ensuring that the necessary funding, as well as the legislative and technical infrastructure are in place to enable the commission to carry out its constitutional mandate.

After the 2014 general elections, the Commonwealth offered its assistance to Dominica to improve Dominica’s electoral process. A request was made for support and technical assistance to enhance the capacity of the electoral office and review and strengthen its policies.

In November 2016, the Commonwealth sent a two-member mission to Dominica to carry out an initial assessment.

While Government has moved forward with implementing reforms, suggestions from the Commonwealth team will be taken into consideration.

The electoral office has been working on the implementation of a Multipurpose ID card which would not only be used for voting in an election, but which could serve other uses. The electoral office subsequently informed that due to technical difficulties encountered they would be moving to a new system.

Government also committed to making available whatever additional resources where needed by the commission for the implementation process. A request for those resources has since been submitted and is being favourably considered.

Government is pleased that the confirmation and registration process that will be undertaken when the ID card system is being effected will not disenfranchise legitimate voters but will ensure that the voters list will be revised and a more secure system be put in place for the conduct of our elections.