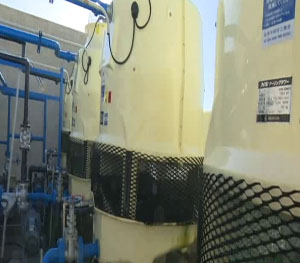 The Japanese International Cooperation Agency (JICA) has donated equipment and machinery to outfit the Roseau and Marigot fisheries complexes.

This completes the refurbishment of the complexes under JICA’s project, ‘improvement of fishery equipment and machinery in Dominica.’

A small handing-over ceremony took place at the fisheries division in Roseau on Monday November 14.

The Hon Minister For Fisheries, Johnson Drigo, expressed gratitude on behalf of his ministry. “I would like to the government and people of Japan for their long standing support of the development of the fisheries sector in Dominica,” he remarked.

Hon Drigo highlighted some of the projects funded by JICA saying, “Less than one year ago the government of Dominica and Japan signed a grant aid agreement for the sum of EC$3m; EC$1m of that sum was used to install a new cold storage unit at the Roseau fisheries complex as well as other machinery upgrades.”

The Hon Minister for Fisheries, Johnson Drigo, believes that this will assist the fisheries division and fisher folks to manage their FAD fishing collaboratively.

“The project has so far yielded many benefits such as marketing surveys, extention training in Japan for fisheries officers, support to NAFCOOP, support for the promotion and consumption of pelagic fish associated with FADs such as school cooking competition and publication of manuals,” he explained.

He also noted that JICA has made funding available for the deployment of at least 20 FADS currently co-managed by the fisheries division and the National Association of Fisherfolk Cooperatives (NAFCOOP).

“The results so far are not only measured in the economic benefit derived by fishers but a huge reduction in FAD user conflict among fishers at sea,” he said.

Hon Drigo revealed that next year two Dominicans will be travelling to Japan to undergo training in refrigeration and machine maintenance and troubleshooting.