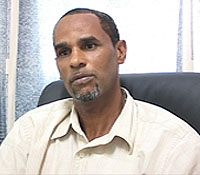 Director of Agriculture, Ricky Brumant in an exclusive interview with GIS News says that the construction of an abattoir in Dominica will bring major benefits to the island.

An abattoir is a facility where animals are slaughtered for consumption as food products.

“Importantly Dominica needs a national abattoir and there’s no doubt about it.  This comes from two basic tenets, one [being] food safety to ensure that the way things are being done where slaughtering is concerned that would be out of the window. It would ensure that our populace would be safe where meat is concerned. Secondly value addition which means that our populace would be receiving a product that is similar to what we sometimes think is better from overseas so essentially in the eyes of the public, we can compete and culturally we can change the way consumers approach locally produced products.”

According to Brumant, mass production of poultry and pork are next on the agenda which raises the need for a feed mill as well as a livestock farm.

“We are going to look at a hatchery to look at providing chicks for the enterprises we are talking about and feed.  So there will be a development of a feed mill.  We well appreciate that for poultry and pork feed is a very important input.  The cost is spiralling all the time so we have to take stock of that.”

The Agriculture Director stated that with the construction of an abattoir, an export market to include Europe, Martinique and Guadeloupe will be pursued.