A New Community for Petite Savanne by 2017 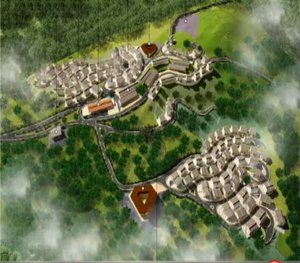 A promise made by the Dominica Labour Party administration to the people of Petite Savanne for a new community will be realized by 2017.

A signing ceremony for the agreement of the construction project between the Government of Dominica and Montreal Management Consultant Establishment, (MMCE), was held on Thursday June 16th, at the Financial Centre.

Acting Prime Minister, Honourable Rayburn Blackmoore, was elated to announce that once again government has demonstrated its commitment to the people of Dominica specifically those from Petite Savanne.

Nearly 300 families from Petite Savanne were affected by the August 27th 2015 monster Tropical Storm Erika. That is 823 people, representing one percent of the registered 26, 085 national households.

Since the displacement and evacuation of these families, the Dominica Labour Party administration has provided accommodation and other forms of social support critical to their daily lives.

Honourable Minister for Housing, Reginald Austrie, stated that the new community will be constructed on 49.6 acres of land at Alford Estate, Bellevue Chopin, purchased by government for over $2m.

Honourable Austrie reflected that after the passage of Tropical Storm Erika 90% of Dominica’s GDP was affected. Housing was the second hardest hit with damage costing over $140m. 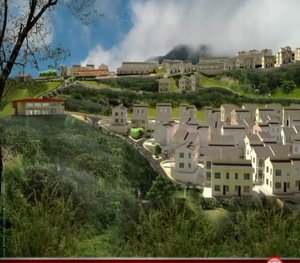 The Honourable Minister explained that although 283 families were displaced, government is providing for 315 households. He gave the breakdown of the project.

“MMCE proposes a land use design to meet the residential, commercial and communal requirements of the resettle community. Another key focus of the proposal development will be on the residential need and according to MMCE proposal, seven percent of the land use will be targeted for housing; 12% for commercial use and one percent for communal use and that would include community centre; farmers market and cemetery. The proposed land use development will be broken down as follows: 315 residential units; 45 commercial units and three communal units. The 315 residential units will be broken down as follows: 51 single bedroom units; 146 two bedroom units; 70 three bedroom units and 48 four bedroom units.”

In total, 357 units will be constructed; 42 of which will be for day care and early childhood education centres; and sports, recreation and commercial centres to include shops and boutiques.

The new community project is being funded by the Citizenship by Investment programme.

Chief Executive Officer of MMCE, Dr. Anthony Haiden, stated that he was proud to be a part of this initiative.

“Since September of 2015, we have been working very hard to assist Dominica to recover and to rebuild beyond Erika. Some communities were displaced, left without any homes [people] and currently face doubts and uncertainties. We are not interested in building homes… we are interested in developing and building integrated communities with facilities, conveniences and that is our vision.”

Although the plan is in the conceptual stages, MMCE promised $5m to kick start the project which is set to commence on July 1st 2016.