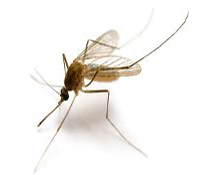 The main objectives of the consultation were to review the National Integrated Vector Control Plan and to discuss with participants ways to use the integrated vector control manual as an educational tool.

Helen Royer, Acting Permanent Secretary in the Ministry of Health stated that Dominica possesses all the characteristics which could facilitate the transmission of vector borne diseases and this is a concern.

“We are a tropical country with very high rainfall.  The vectors that can transmit these diseases are present and sometimes their presence can be overwhelming.  Dominica’s vulnerability to these diseases has been proven with dengue fever outbreaks occurring in 2007, 2008 and 2010. In 2010 there were 12 cases of Leptospirosis also, a disease which has reminded us of its deadly consequences if not adequately controlled.

Royer affirmed Government’s commitment toward the management and control of vector borne diseases.

“The Ministry of Health is spearheading a triad of approaches which aims to control, prevent and treat these diseases to ensure the safety of our population.  The Ministry of Health’s strategic plan for health proposes a reduction of 25% of communicable disease through healthy public policy, health promotions and disease surveillance strategies by 2019.  Mechanisms are being put in place to ensure that these objectives are met.”

Health teams conduct surveillance and monitoring of disease strains. An early warning system is in place to activate epidemiological response when and if necessary.

The Acting Permanent Secretary stated that this consultancy is in keeping with the Ministry of Health’s objective in developing an integrated approach to control vectors and subsequently the disease which they spread.

Shirley Augustine, the PAHO representative, stated that vector control is the only method in protecting populations from infections such as malaria and dengue fever.

“It aims to improve the effectiveness and efficiency of the national vector control programme in order to provide countries with a sustainable, ecologically sound, long term approach to vector management which will reduce the dependency on insecticides and protect the population from vector borne diseases.

The PAHO representative stated that in order for vector control management to be successful it must be implemented through institutional arrangements and regulatory frameworks.

Dr. Shalauddin Ahmed a National Epidemiologist gave a presentation on the epidemiology of vector borne diseases.