The VOSH eye clinic has just ended its 22nd mission to Dominica. 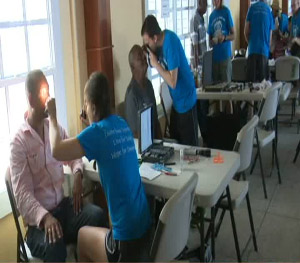 His Excellency was taken on a tour of the mission’s set up at the Goodwill Parish Hall.  He also had his eyes checked.

The group, Volunteer Optometry Services for Humanity has visited the island yearly for the last 22 years with partnership with the Rotary Club.

He told the media, “50 years ago, three optometrists in Kansas decided to go to less advantaged countries and help them with eye care. That’s where it started and now it has gone to 45 countries. There are 150 chapters in the United States and we’re from the Michigan chapter.” 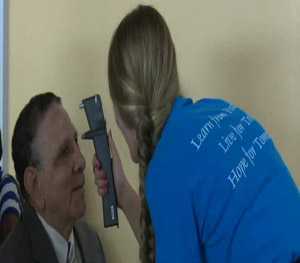 However, the team which comes to Dominica has 37 members who usually see up to 1,800 persons.

Dr Wrubel explains that this is because of the exceptional Dominica experience and great synergy.