Minister for Finance Not Entertaining VAT Removal or Exemption 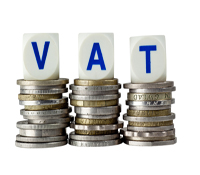 Prime Minister and Minister for Finance, Hon. Roosevelt Skerrit has stated that removing the Value Added Tax would be an irresponsible move that would cause serious damage to the country.

Speaking at the commissioning of the new Morne Bruce water storage tank on Tuesday, the Honourable Prime Minister advised advocators for vat-removal that they should abandon that cause.

“I’d like to say to certain groups and individuals who continue to make calls to this government for the removal of VAT or exemptions of VAT that they should not pursue that call if they are really interested in the well being of this country.  If we want our Government to be reckless and irresponsible the consequences of these things can be detrimental to the well being of the country including the very investments we’re talking about being made both by the public and private sectors.”

The Finance Minister further stated that his Government will not consider any requests for VAT exemptions.

“I want to urge Government that it should not entertain any such requests of any further exemptions or even consider the removal of VAT at all.  From where I stand or sit as Minister for Finance, if we were to change any of these things, it would mean going back to a very stringent IMF programme, making a series of cuts and we would be hurting far more than we claim we are, under the VAT regime.”

Hon. Skerrit said that many other countries are moving towards the value-added tax system because it is an equitable structure and to accommodate the value added tax, many other levies have been eradicated so as to ease the burden on taxpayers.

“The Government in its continued thrust towards tax reform has removed a series of taxes on the books, from consumption tax to hotel occupancy tax to sales tax of 7.5% and we introduced the value added tax of 15% after widespread consultation spanning several years.”

The Minister for finance noted that income tax has also been reduced.

“Over the years we have reduced the income tax so that more of you working class people in Dominica would go home with if not all of your salary, most of it.  When I look at most of us who pay taxes in Dominica not many of us pay much tax.”

The Prime Minister stated that VAT is the backbone of the state’s revenue and government itself is not exempt.