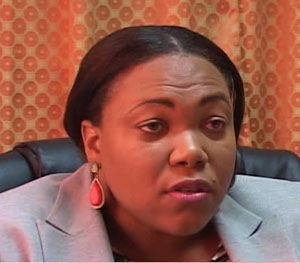 The Bureau of Gender Affairs will soon be conducting a social mobilization campaign against gender-based violence- a first in Dominica.

The regional pilot program will be implemented in September and was made possible through a $162,000 donation from UN Women. The project is also being run in Antigua and Grenada.

Acting Director of the Bureau of Gender Affairs, Kyra Paul says the campaign themed ‘Stop That Violence’ will target the youth, the community, the church, victims of gender-based violence and others.

The project will commence with a baseline study.

“Peter Wickham has been contracted to conduct the study so that we know where we’re at and where we want to go by the end of the three years,” Paul revealed.

Paul believes that there is a need for a campaign of this nature in Dominica.

“There is a need for it because our data registry shows that we have quite a significant level of gender-based violence. We have quite a bit of domestic abuse and child sexual abuse and we need to stop it.”

The Bureau hopes that the campaign will help establish gender clubs at schools and a network of advocates.

“We also want for victims to increasingly make reports and not be fearful. We want the churches and schools to respond more to needs of victims and represent their needs using a harmonized reporting protocol,” she said.

Paul says a large objective is that Dominicans will understand gender-based violence and be able to effectively respond.