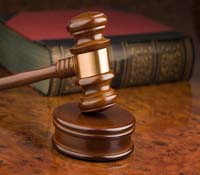 The Ministry of Legal affairs will soon embark on a comprehensive review of the penalties associated with crimes such as theft and burglary.

Prime Minister and Minister for Finance, Hon. Roosevelt Skerrit informed the House of Parliament this week that existing penalties may not be sufficient to deter would be perpetrators.

The country’s leader is hoping that possible amendments will be put forward to Cabinet soon.

“It is a view that the penalties associated with crimes such as theft, robbery, burglary, may not be sufficient to deter would-be perpetrators. The Ministry of Legal affairs will undertake a review and will advise Cabinet on possible amendments,” said the Prime Minister.

The Prime Minister said crime prevention and reduction continues to be a high priority for his administration and initiatives geared at soliciting ideas from the public on how to address crime have been ongoing.

“As promised, we have been meeting with communities to discuss the matter of crime and efforts to address it. We have also increased surveillance in some of the problematic areas made possible with the appointment of an additional twenty special constables.”

The Prime Minister took the opportunity to thank the law enforcement agencies including the police and customs for their efforts and success in bringing criminals to justice. The Prime Minister also acknowledged support coming from the private sector.

“Government acknowledges the attempts by the private sector to partner with Government agencies in fighting crime.”

Hon. Skerrit announced that Government will provide support to members of the private sector wishing to install security cameras in various locations around the country.

“Government therefore will facilitate the efforts to install closed circuit cameras in strategic areas and as such will allow security cameras and other related equipment to be imported free of duty.”

The Prime Minister said further that the precise list of items will be published shortly. This measure will become effective 1st September 2012.