Prisoners to Benefit from Rehabilitation Program

Fifteen participating prisoners will be prepared for the working world and reintegration into society.

The program, which was launched on Friday 6 June 2015, at the State Prison’s chapel in Stockfarm, will run for at least six months and is aimed at providing a second opportunity for young men. 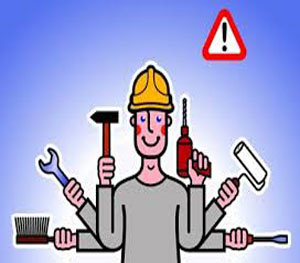 Prison Officer responsible for rehabilitation works and inmate service, Alvin Auguiste, says that the program consists of several phases aimed at preparing the inmates for life outside the prison walls.

Auguiste explained that Phases Two and Three are aimed at the acceptance and support of the offenders.

Organizers will engage inmates in sessions on conflict, conflict resolution, anger, anger management, stress management, self-esteem, the use and abuse of illegal drugs and drug abstinence.

The program will also include topics such as music, culture, job searching, sports, HIV/AIDS, individual and family and practical work including carpentry, masonry and farming.

Auguiste noted that prisoners will be participating in projects of their interest and he believes that this will decrease the number of repeat offenders.

“Upon release, we will be monitoring them and we will assist them in finding job opportunities…and the country will benefit on a whole when crime is reduced.”

Prison Officer responsible for rehabilitation works and inmate service, Zilma Mility, says although the prisoners leave the prison with these skills, public support is key to giving the prisoners a second lease on life.

“It will provide them with skills that will help them to be self-sufficient; they will not have to depend on somebody else or turn to crime to provide for themselves or their families.

“I believe that a lot of them are waiting for the opportunity and they need the support when they go out. This is one of the reasons why we ask the public to embrace them and give them a second chance.”