Government is putting the necessary mechanisms in place to ensure that more agricultural produce can be transported by sea to neighboring countries. 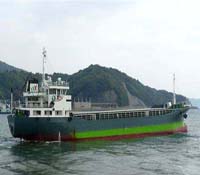 The Prime Minister made the announcement during the presentation of the 2012-2013 National Budget to Parliament on Tuesday.

Prime Minister Skerrit says this decision came on the heels of a recent study on sea transportation conducted by Windward Island countries.

He said the cargo vessels would also be beneficial to the private sector trade, and in particular the transport of personal effects.

Hon. Skerrit added that the report concluded that these services are particularly suited to small consignments and are provided at a reasonable cost. He said however that these services were frequently criticized on the grounds of reliability, regularity, scheduling, cargo handling and public awareness of the services offered hence Government’s decision to make such money available.

“Faced with this reality, Cabinet has approved an initial amount of $500,000 to be made available to the private sector to upgrade their vessels and in exceptional circumstances to procure new vessels.”

The Prime Minister said Government will consider replenishing the fund if the full amount allocated is taken up before the end of the fiscal year.

The Prime Minister disclosed that resources from the Economic Citizenship program have been earmarked for this activity.