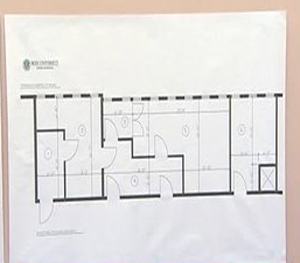 Renovation of the Accident & Emergency department of the Reginald Fitzroy Armour Hospital in Portsmouth began on Monday May 18th.

On Thursday May 14th the Rotary Club held a ceremony to mark the commencement of work on the $180,000 project.

The Rotary Club of Portsmouth is receiving much of the praise since that group is barely two years old and has raised more than $70,000 of the total cost.

The balance comes from a Rotary International grant which the group was able to secure based on the proceeds of its Sweet Jazz fundraising event last September and contributions from friends of the Portsmouth Hospital.

This massive undertaking of the Rotary Club is a collaborative effort. Those efforts came largely from platinum sponsor, Ross University.

Hon. Parliamentary Representative, Ian Douglas stated at the event that, “Ross has become synonymous with Portsmouth. We wouldn’t know the Portsmouth that we know today had it not been for the contribution of Ross. Ross has really played its part in the development of Portsmouth.

“Dr. Armour and all of those who have gone to the Great Beyond but blazed the trail before would have been proud of this ceremony because it is in part local private sector and sons of the soil giving back to Portsmouth....in a great and noble undertaking such as healthcare.”

He articulated that the university takes its corporate responsibility very seriously. That, added to the RFA Hospital’s role as the primary health care facility in the north is reason enough for Ross to do its part.

Ross University will also train staff in the use of new equipment which have been donated to the cause.

The island’s Hon. Health minister, Dr. Kenneth Darroux expressed how he feels about the undertaking.

“It’s always refreshing when we (policymakers) see other stakeholders participate in national development recognising no one sector can do it alone. The health sector is not something that should be accessible to only the rich and famous, it’s a service that each of us have accessed or will access at some point in our lives. This is why we are going through tremendous pains and efforts to look for avenues to improve the health sector here in Dominica. We really think it’s encouraging when partners such as the Rotary Club and other stakeholders partner with us,” he said.

Dr. Candia Jacob, District Medical Officer of the north has been credited with the idea to renovate the Portsmouth Hospital.

According to her, the current space lacks privacy and is uncomfortable for staff and patients. 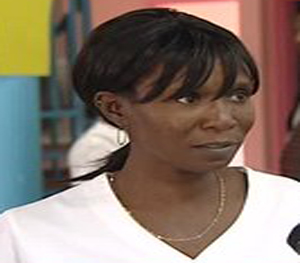 She told GIS News, “I worked in the Casualty Department and indeed it is an inconvenience because we assess the patients at the front and there is no direct access to observe them. You have to move from one area to another to really be able to observe your patient.

“But I believe that with this project, there is room for improved patient care,” she shared.

The contractor is scheduled to begin the 2-3 month project with eight workers on Monday May 19th.